The Way of the Househusband  has an awesome PV!

Okay so some of you may already know how much I love this manga about a reformed gangster turned househusband who applies the same amount of intensity to his domestic duties! And to celebrate 1 million copies sold, they made a promotional video, which I WISH was a whole live action series instead!!! It has scenes adapted from the first volume of the manga, where he tries to deliver his wife’s forgotten lunch box. Its in Japanese but honestly the humor transcends languages! 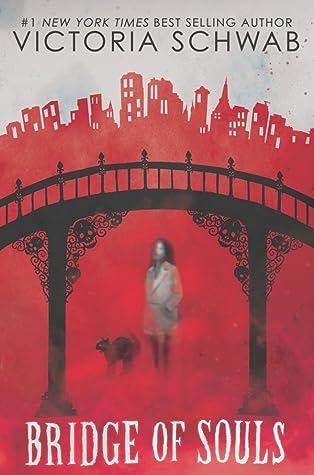 Did you see the cover for Bridge of Souls?!

AAAH the third Cassidy Blake book has a cover, and I love it?! Continuing with the themes of the earlier books, it has Cassidy blurred out but her features are slightly clearer than earlier titles. I wonder what that means?????

One’s an adult thriller, while the other is a Wicked Lovely prequel!

Bonds of Brass has a new cover!

The consensus is clear: early readers LOVE BONDS OF BRASS! But based on feedback, the @DelReyBooks team and I decided we needed our space boys front and center, so I'm absolutely ecstatic to present the BRAND NEW COVER, illustrated by @Merilliza and now with
200%
MORE
BOYS pic.twitter.com/aZ1pzRqAZB

One thought on “Shouting from the Shelftops #19”