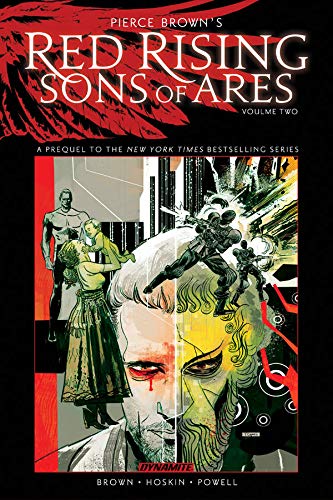 Fitchner’s quest for revenge continues as he and the other Sons of Ares seek out the Golds who have wronged his family. But actions come with repercussions and an elaborate game of cat and mouse is on. A battle of Gold versus Gold erupts further into more than acts of vengeance and becomes the seeds of a revolution.

Note: This book is not YA

Fitchner’s story continues as he tries to seek revenge against his former friend Arturius and goes as far as he can for it. When that first mission for revenge fails, Quicksilver advises him to lay low and raise his son instead. However, Fitchner is still filled with rage, and now in debt to a gang. Ryanna, seeing the depths he would go for his revenge, is horrified and scared for Sevro. To repay his debts, he takes on a mission from Quicksilver that takes him further out into the solar system, and seeing that Quicksilver has a secret up his sleeve, he becomes curious. Meanwhile, Arturius is gunning for him and seeks to have him punished for his attempt.

The story is getting more and more interesting as newer elements come into play. Fitchner wants to bring the whole system down for the violence it wrought, but how much damage he will have to do and how far they will go is still a question. He definitely doesn’t care about good or bad at this point, just his revenge, and honestly, Ryanna is right that it is dangerous. How it will affect the Sons of Ares remains to be seen. Like the previous book, the artwork doesn’t impress much. The coloring is right for the tone of the book, but the linework is, well, bad. I can’t make out differences between character design and often body proportions and details are off. The only saving grace to distinguish between characters is the colored bubbles which at least signify which caste is speaking, so you make out from that. At this point, the ‘graphic’ part of the book is a disappointment, and only the ‘novel’ part is keeping my interest.

Received an advance reader copy in exchange for a fair review from Dynamite Entertainment, via Edelweiss.

Previous books in the Sons of Ares series