I caught up on The Amelia Project, and started two new podcasts! It has been a month since the last post, so plenty of listening material covered here: 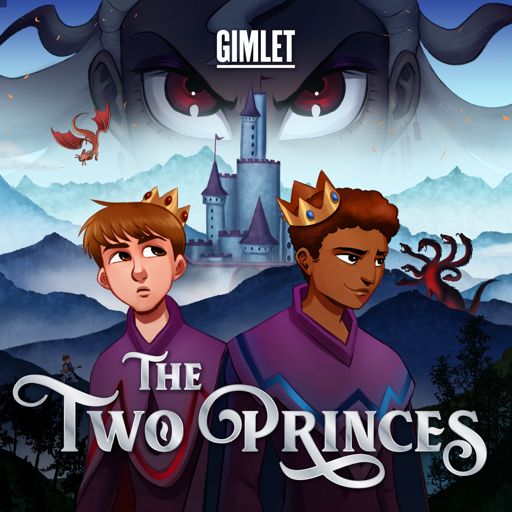 “When Prince Rupert sets out to break the mysterious curse that’s destroying his kingdom, he’s ready to face whatever dastardly villain or vile monster stands in his way. What he isn’t prepared for are the bewildering new emotions he feels when he meets the handsome Amir, a rival prince on a quest to save his own realm. Forced to team up, the two princes soon discover that the only thing more difficult than saving their kingdoms is following their hearts.”

OMG this was so cute, because these two princes are both trying to save their respective kingdoms and fall in love along the way. Noah Gavin is wonderful as Rupert, and he nailed the disaster that he is so well! I loved the queens, too – and the fact that there was no drama about the fathers; everyone was in agreement that the kings were shitty and they could rot where they were.

“Princes Rupert and Amir can’t wait to settle down into happily ever after. But on the eve of their wedding, a powerful sorceress named Malkia invades their kingdom. Driven from their castle, the princes set off on a quest to collect an assortment of magical items that will give them the power to defeat Malkia and save their realm.”

This season takes a turn, because Amir loses his memory due to the witch’s bargain, and during the course of the story it drives a wedge in between them as they go on the quest. Amir is a different person (Chad) without his memories, and Rupert gets increasingly frustrated with him. The collection of magical items goes quite well, and I loved the inventive takes on collecting them, instead of being just hunt down so and so creature. Still, the resolution of the romance felt too fast. 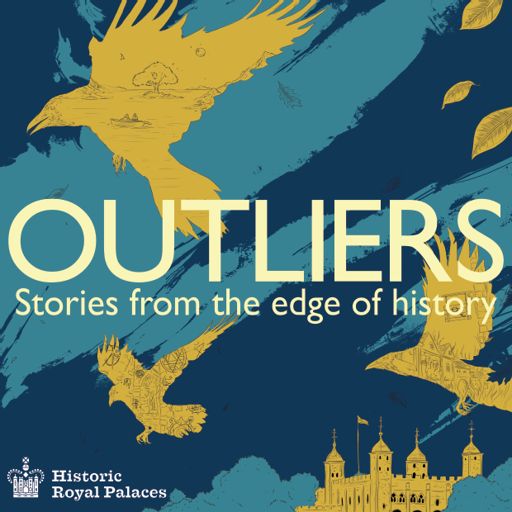 “Historic Royal Palaces, in association with Rusty Quill present: Outliers – Stories from the edge of history. Enjoy a selection of stories from award-winning contemporary writers as they reveal the people hiding in the shadows of real events at some of the greatest palaces ever built.”

This is a historical fiction podcast, but the fiction part is the telling of the stories of some lesser-known figures in English history. They were mostly in monologue form, and with different writers and narrators, it would be cumbersome to get into each one, but overall, it was awesome! I love The King’s Sister episode because Tudor court drama, and a different take on what a woman would do in power. Oh, and while I don’t usually like interviews, I liked listening to each of them because you get to know why they chose a certain figure, what angle they wanted to go with for the story, and the particular challenges of research.

“While the ocean represents opportunity and hope to a lot of people, it also holds more mystery than most of feel comfortable with. Yes, we’ve explored it in search of new lands and discoveries, but we’ve also lost so much in the process. Amazingly, though, some things that are lost occasionally return.”

Mainly about ghost ships, I thought it would be more creepy. But it was mostly dry.

“We all love a good hiding place. Whether it’s the child who tucks the key to their diary under their pillow, or the parent who hides away the holiday gifts, humans have proven themselves to be fond of secret places. But if the stories are any indication, there’s one place in England that was better than most at doing what we love.”

Okay, this one was pretty interesting. First, it was about the town of Rye, a smuggling outpost on the English coast, and then about the Mermaid Inn in the town, that is famous for its hauntings.

“The human tendency to study the unknown—to dig deep and search for the bedrock of truth at the bottom of the mystery—is one of our most enduring qualities. But while that tenacity has helped scientists unlock much of our world, it has also led us to unusual ideas. And you’d be surprised what they recorded about it.”

Applying scientific method to the investigation of the supernatural?! It is an interesting topic, and focuses on George Sinclair’s work, and then a specific incident.

“Dr Seabrooke helps a woman with her vegan vampire boyfriend, discusses self esteem and the fae, and takes what might be the most dramatic call ever.”

Vegan vampire was a thing I didn’t know I needed until now OMG! And then there is a theatre ghost who wants to have a proper romance with someone and is asking for advice.

“Dr. Seabrooke receives an honest-to-god letter, helps with housemate romance, talks through relationship transitions (from alive to dead), and helps one man with some Unspeakable Horrors.”

This episode was about communication in relationships, more so than usual, from a person whose partner is now a ghost, to a long-term supernatural couple who have problems with one of theirs’ ‘family’.

This episode was a continuous strain on my nerves. Like, WTF did they have to do that to us?! And as a cliffhanger?! First there was the absolutely heartbreaking way how Mr Baumgardner’s played out, and then the Devil’s Doorstep came for our squad and our hearts. I’m still so angry it was a cliffhanger. I thought the 100th episode would be something celebratory not a direct shot to our dreams.

Can you believe it took 160 episodes for Cecil to actually talk about the weather when he says “and now…the weather”????

Freya getting more and more paranoid about the presence of a mole in the community was starting to make me nervous, especially when she is willing to trust Jure so much.

That ending was left open to interpretation, but the way the season has been going, I have been side-eyeing Freya a lot and was getting angry during side B because the manipulation was so obvious. It is quite possible that she sacrificed that Cradle for her purposes! Poor Sigrid!

The Axe & The Crown

“Stan picks the wrong holiday to celebrate at the Axe & Crown.”

Stan is well-meaning but deciding to celebrate the troll’s holiday leads to dredging up some unpleasant memories and ideologies for them.

“The magic business hits a dead end – and Stan receives an unexpected visit.”

Stan is left partnerless as the main force of his business goes missing, but leaves a skeletal talking bird around. As they all decide what to do with said bird, and with the remnants of the magical invention, a solution arrives.

OMG a Jet-centric episode! We get hints of his past, and a current mission that ties into it! And it was paired with some beautiful music, and some quality bickering between Juno and Vespa.

I like Season 2 much better than Season 1, but not for the main Amelia Project staff, but for the two agents who are investigating them, because their interactions were gold! The cases keep getting absurd, and more fantastical, with some callbacks and stuff, and the finale was done quite well. Definitely looking forward to more shenanigans in Season 3.