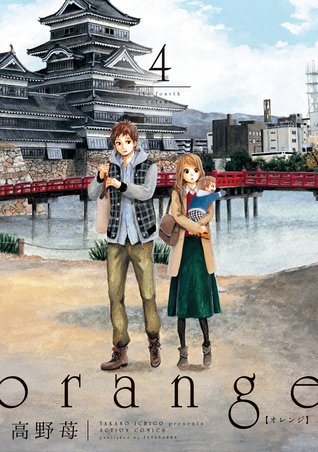 On the day that Naho begins 11th grade, she receives a letter from herself ten years in the future. At first, she writes it off as a prank, but as the letter’s predictions come true one by one, Naho realizes that the letter might be the real deal. Her future self tells Naho that a new transfer student, a boy named Kakeru, will soon join her class. The letter begs Naho to watch over him, saying that only Naho can save Kakeru from a terrible future. Who is this mystery boy, and can Naho save him from his destiny?

This volume was a bundle of cute moments, as Kakeru’s friends work to make the sports festival a good memory for him. With them all having received letters from their future selves, they all can co-ordinate between the amount of information each got, and help change his future. There is a bit of concern for Suwa’s feelings, especially from Taka and Azu, as they think changing Kakeru’s future might mean that Suwa and Naho never get married in the future; Suwa is fine with it, though. Between Kakeru and Naho, we get those first-love awkwardness, as they try to figure out how to be affectionate (they blush at even holding hands so you can imagine what the others are working with here lol) while being nudged along by the others. There’s a lot they can’t control, but they are trying to support him the best they can, so it is sweet. I still maintain that professional help could be sought, and since they already know his grandmother, you’d think they would let her know about their concerns regarding him.