I started The Passenger List! Thinking of starting Old Gods of Appalachia next! 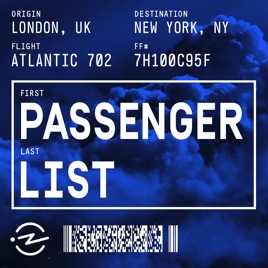 “Atlantic Flight 702 has disappeared mid-flight between London and New York with 256 passengers on board. Kaitlin Le (Kelly Marie Tran), a college student whose twin brother vanished with the flight, is determined to uncover the truth. Passenger List is a new mystery thriller podcast from PRX’s Radiotopia.”

Okay I loved the mystery of it – each episode she is chasing down a different lead – sometimes its a shady businessman who does human trafficking, sometimes the official story itself, sometimes the possibility of a viral attack – both biological and computer. While doing so, she is also dealing with her personal life falling apart, her hope eroding with every dead end, and a conspiracy rising that threatens to attack her too. The voice acting was good, the story was going down expected routes – and the cliffhanger dropped at end of episode 8 means I am screaming and waiting for the next!

Okay, this was already quite addictive, and while I tried to tell myself to pace it since the hellatus won’t be over till April 2020, I found myself quite incapable of stopping. The stories keep getting interconnected, and the lore and mythology in these stories is unique or at least quite different from what I’d expect that I just HAD TO KNOW what comes next! The Magnus Institute starts facing a threat when Martin, in the course of investigating, is Seen by a creature that starts trying to get to him. And furthermore, the secret of the archives’ file starts getting interesting, so by the end I was just blazing through episodes one after another. Towards the season finale, Jon finally dropping his cool skeptic facade was the cherry on the cake! A magnificent season, and can’t wait to dig into Season 2 next!

“Gubbin and Betula try to lift Stan’s spirits by plotting to beat the Badger & Bucket at their own game.”

“Before cell phones and internet access, learning about the world around us took a lot of time. Along the way, there would be gaps in our knowledge—holes that human cultures tended to fill with folklore. And while the creatures they invented to fill those gaps were amazing, it’s how close they often got to reality that makes those stories truly frightening.”

Quite an interesting episode about zoology before it was a thing. Mainly about bestiaries – where people would record all manners of creatures, real or mythical. He tells us about the Warsaw Basilisk story and about the Komodo dragon.