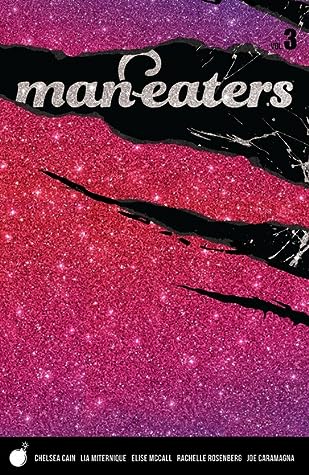 Middle schooler, Maude, and several friends, have been sent to Ruminations: Malibu, a rehabilitation clinic for pantherism. Simply put, they are all suspected of turning into Big Cats when they get their periods and Ruminations promises to cure them through hormone therapy and hiking. The length of stay? 28 days.
Outside the clinic, a series of strange events causes rising tensions between the patriarchy and pro-feline forces.

Includes the inspirational and informative guide, “Pantherism: Roar like you mean it!”

I wasn’t aware that this would be the finale of this series before going in, so yeah, that hit me like a ton of bricks. But sudden ending aside, it was quite clever in how it reached there. So, the pro-feline group of Maude and her friends and her parents have infiltrated a rehab clinic for girls suspected of Pantherism, and the conditions are bleaker than the brochures promised. Once in, they are investigating the camp, and here’s where the series’ previous ads about Estrocorp really make sense. So we all knew that the company was profiting off and exploiting this condition, but how much they have done comes in the form of a organizational structure chart (would you believe they even had BANKS????) that brings the story together. This series has never shied from being satirical and a bit absurd, but you can’t deny it calls out misogyny so effectively. There’s more trans inclusion in this volume, with one of characters revealed to be a trans boy whose life has been made quite difficult with this pantherism scare. The ending with all the balloons and the American Girl dolls had me delighted, but yeah, it did also feel a bit rushed, which is why I said it hit suddenly. Still, a good conclusion for an awesome series!

Received an advance reader copy in exchange for a fair review from Image Comics.

Previous books in the Man-Eaters series