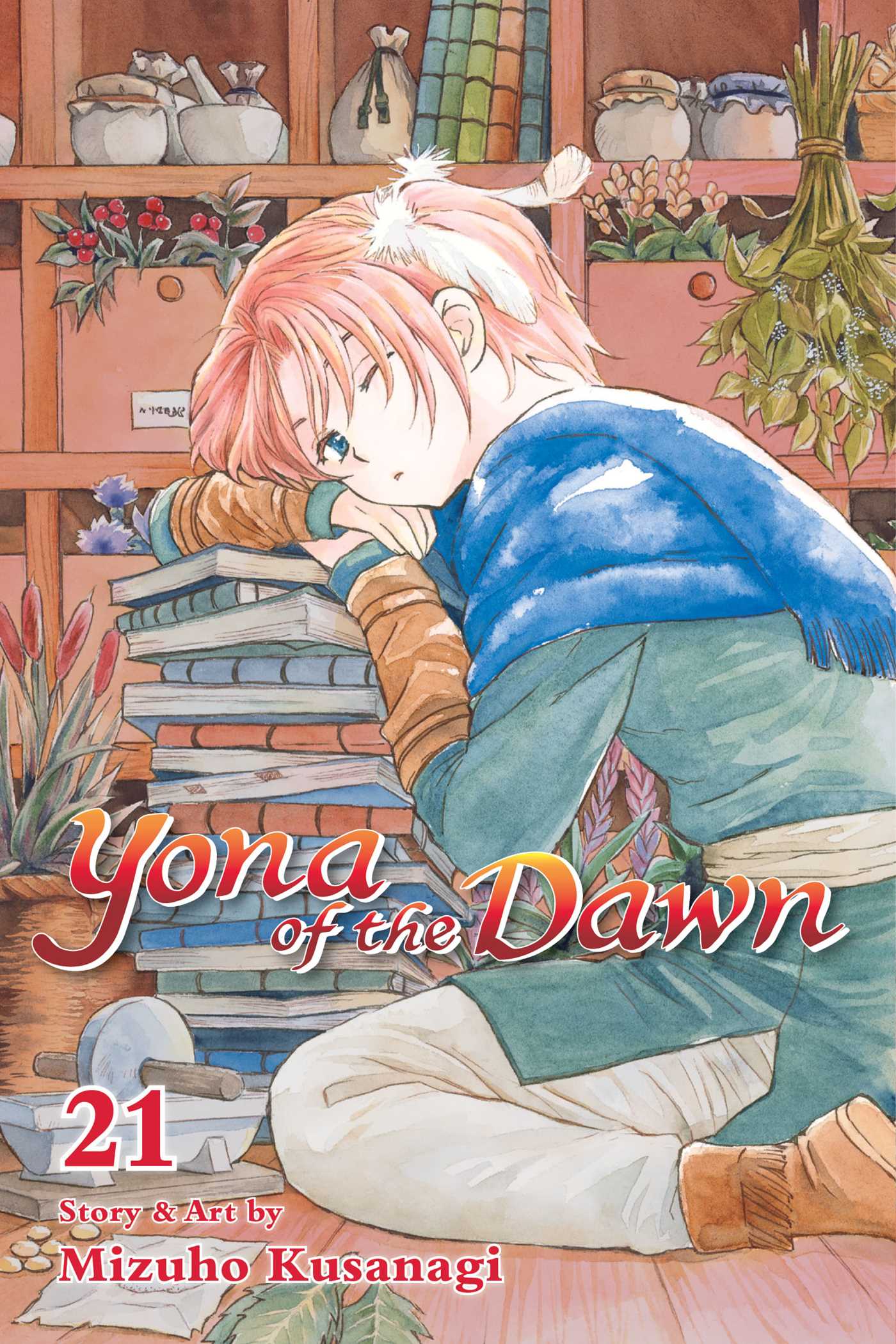 When Su-won hears of Riri’s abduction, he launches surprise attacks on Sei fortresses in an attempt to save her. Meanwhile, Riri leaves Yona in a forest in order to lure Sei troops away from her. Will Riri escape capture and execution?

This one was quite a heart-stopping volume. With the battles going on at the two forts, Yona is in the forest, and everyone else is searching for her and Riri. The dragon bunch had split up, and they are using their powers on full display, and quite close to Su-Won too! Hak practically has to be restrained so as not to, you know, commit regicide so openly. But then they have to co-operate when it comes to saving Riri from the noose. With the existence of Yona and Hak now out in the open, the question is, of course, whether they, or Hak especially, be allowed to live, but we already know what Su-Won is going to do about that! Later, among the happy hungry bunch, there are lot of ‘aww’ moments, as they have a drinking contest, and much later, Hak and Yona have a ‘talk’; Yona being more aware of Hak now means our OTP is finally rising!

One thought on “ARC Review: Yona of the Dawn, Vol. 21 by Mizuho Kusanagi”