The Iron Fey got a cover redesign and a new book!

My eyes were feasting on the glorious new covers for the Iron Fey series (to celebrate its 10th anniversary). As much as I liked the character covers earlier, I gotta say – this is so beautiful *cries*

Happy Monday everyone!! I was SUPER LUCKY to get to redesign the brilliant @Jkagawa Iron Fey series! LOVED working with @laugigi and @harpercollinsca on these brilliant books. EEK!! pic.twitter.com/zmxsIJHNQT

Oh, and then Julie Kagawa said there’s going to be a new book in a new Iron Fey series called the Iron Raven. OMG?! Will it be Puck?

And yes, some of you noticed the little sticker on the bottom of the covers. That would indeed be the first book in the new Iron Fey series. THE IRON RAVEN. Who could it be about? I wonder? 😉

The Monsters of Verity also got cover redesigns?!

I love Schwab’s covers, in every form – they usually keep a theme of white, black and red – and the redesign for paperbacks has even the Monsters of Verity following that theme. I mean, LOOK AT THIS! I don’t know who was the artist, but dayum!

The Monsters of Verity books are getting new paperback covers. Covers that feel so wonderfully, beautifully, morbidly me. Coming May 2020…

THIS SAVAGE SONG–there are MUSIC NOTES IN THE WINGS. pic.twitter.com/Sfwrui6327

And OUR DARK DUET aka the hand of fire and smoke coming for Kate. pic.twitter.com/PM57DbtbBz

Covers just keep coming for my heart like WTF 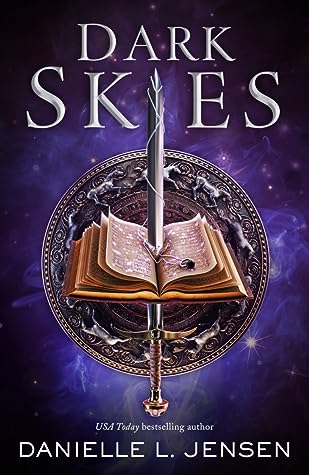 I am always up for what she writes so greatly excited for what this might be!

Hocus Pocus (But They F***) is officially with my agent, I wrote a synopsis for it, plus a write-up for a second book, and today I finish up the last little edits on THE WIFE UPSTAIRS, meaning I hit all my major October goals, writing-wise.

I have A Proud.