I’m so glad that both Death by Dying and Wooden Overcoats released bonus episodes! Halloween vibes! Also, I started the new season of Within the Wires! And I finally finished season 4 of EOS 10! 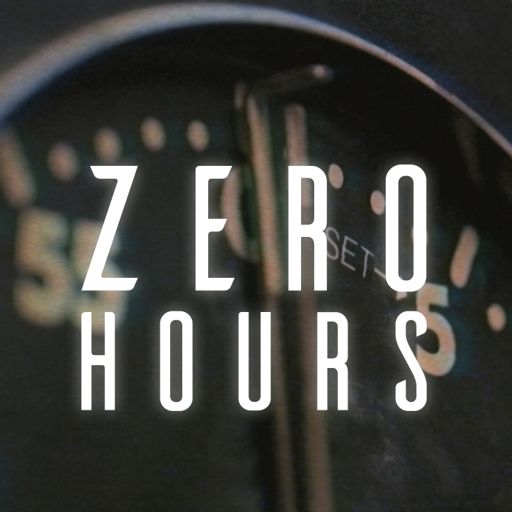 Zero Hours is an anthology series from Long Story Short Productions, where every story is a different take on the end of the world – or at least something that feels like the end of the world. Each episode is organized around a kind of apocalypse, whether the cataclysm is planetary or personal, and each episode is also set in succeeding centuries, with 99-year intervals separating them. Zero Hours begins in the past, catches up to the present, and eventually overtakes it. Some installments are darkly comedic, others grimly contemplative, and others still thrillingly contentious. But they all explore the same question: how do we keep going when the world is crashing down around us? Stories From The End(s) of the World…

I was so excited for this because it is from the Wolf 359 peeps! Plus it has some of my favorite voice actors!

“Episode 1: 1722. In the American colonies, a naive priest has his world turned upside down when a woman comes into his church, claiming to be a witch and in possession of knowledge about the imminent end of the world.”

Oh ho I loved this story! Cheeky witch and naive priest – such a nice combo! And that twist at the end? Sort of saw it coming but I CACKLED nevertheless!

“Episode 2: 1821. In the dangerous waters of the South Atlantic Ocean, an experienced sailor encounters an explorer optimistic about the opportunities which will arise from a lucrative new discovery.”

It has the Wooden Overcoats VAs! Tom plays a grumpy sailor who is marking time on the ocean, and Felix plays a cheerful annoying doctor! Loved the personality reversal from Wooden Overcoats! It was hilarious, but also a bit worrying about how it would end.

Tales from Crestfall: The Deceitful Bones

“Gather ’round… The Obituary Writer is in his finest tweed jacket and ready to share his favorite folktale from Crestfall, Idaho lore.”

A journey to the underworld(?), with some spectacular characters and voice acting! As always, Death by Dying entertains with its brand of macabre weirdness.

“Jane recounts the epic tale of her hunt for a friend across the seven systems. There’s good and evil, chaos and destruction, friendship and betrayal—even a dragon scene if Dr. Dalias will let her get it out.”

Look, I’ll take any story that is being retold by Jane! She is so fun and tends to exaggerate and does it so well. Anyway, she and Ryan are sort of recounting the adventures they had when Ryan goes evil and she chases after him to capture him.

“In the season four finale, Ryan finally begins to understand his place in the universe—but it comes at significant cost. Meanwhile, Jane takes on a new role on the station. “

While they have been Evil Ryan hunting, the station is in peril, and then they have to save it, which means some heartfelt scenes are coming. Ryan encouraging Jane, and Ryan’s conversation with Dr Urividian – man, I had to wipe tears. And then the ending – OMG, that ending!

Eric is worried that his pen pal hasn’t replied in a year, and comes to the Funn family to talk about it, while they are busy reassembling a body that was mutilated by a shark. It was so awesome to hear their voices again, them finding more parts than possible, and what Antigone reveals at the end! (Rudyard is such a petty bitch and I love him for it!)

Of course, the Funns hoard weird stuff in their attic! And Antigone has some really weird things in her stuff! Georgie dryly commenting on them is hilarious! More hilarious is them sorting through Rudyard’s stuff!

“You don’t believe in ghosts”. “But what if they believe in me?” OMG ANTIGONE

“Some places in our world have a dark legacy. Prior failures. Shameful acts. Painful tragedy. Even though it all took place long before we arrived there, we can still feel the tremors of that darkness—and the stories about their source are deeply chilling”

A brief history of Charleston. Loads of shady things in its past, including pirates, slavery, and more.

“If you flip through the pages of history long enough, you’ll eventually run into stories about life out of balance, and how something—fate or chance or something otherworldly—has stepped in to make it right. In fact, some of those stories have become a part of our modern popular culture—all despite the deadly stories at their center.”

Some stories regarding the legend of Egyptian tomb curses and where they originated from. Quite interesting connections…

We are introduced to the Cradle, a commune that lives outside the New Society’s rules, as in, they have family structure and everything, within a matriarchal leadership. The tapes are being recorded by the current leader, Frejya, as she gives advice to her daughter, Sigrid, about how to go about handling the Cradle until she’s back and then for the community, some warnings about the New Society’s extending reach.

“Autumn 1993 – SIDE A: Dearest Sigrid. SIDE B: Inspirational tale for The Cradle.”

Frejya tells about the origin of the Cradle, and then some of her current worries, and predicament, while also saying that she can’t be back soon because she is trying to lay low. I wonder how Sigrid is handling the responsibility, though…