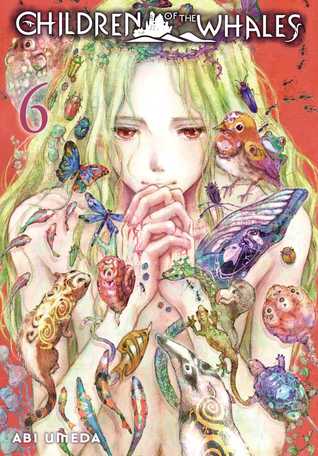 The people of the Mud Whale have been trapped on the floating island since their ancestors were exiled to the Sea of Sand nearly a hundred years ago, yet their prison has mostly felt like a home. But now the true extent of the punishment inflicted on the criminals of Faláina has come to light, and the cost exacted by their home is immense.

With the secret of the Nous Falaina out to us and Chakuro and Suou, the Elders are confronted about it. As they explain why they had kept it secret all these years, we get to see how the Unmarked had been trying to protect the Marked, albeit in a messed up way. This is probably a situation in which the motives matter more than the method, yes, but the fact is that it can be easily used to twist their original intent. Like how Rochalizo uses it as a bargaining chip to make Chakuro and Lykos obey and ferry him, or even the possibility of what the Moles might do with that information.

Another faction of the Moles, a set of twins, who don’t like that the Unmarked are ruling the Mud Whale, are trying to create division, and that is before they even know about the secret! Ouni tries to knock sense into them, but even he feels aloof from the people around him, and the Commander whispering in his ears is not a great addition to that feeling. The motivations of characters are now becoming distinct, with individual characteristics manifesting and making us wonder how it would affect their journey going forward. Would they all be united if they have no common cause to do so? Part of it feels all so tragic like Shinono’s story, or even the simple assertion that the children didn’t usually have close relationships with their parents because of the Marked-Unmarked thing.

Along with the character development, the world becomes wider in this volume. We see two new places – which were like legends to Lykos – but like the Mud Whale, she gets to see it. It recaptures the post-apocalyptic feel with those places. The story fills me with nervousness about what could happen with the threads spun so far, and a bit of excitement too.