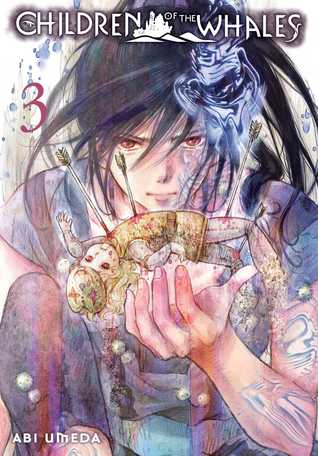 In this post-apocalyptic fantasy, a sea of sand swallows everything but the past.

In an endless sea of sand drifts the Mud Whale, a floating island city of clay and magic. In its chambers a small community clings to survival, most dying young from the very powers that sustain them.

The Mud Whale is in dire trouble. In four days, the imperial apátheia soldiers will return to destroy all its inhabitants. But the Committee of Elders would rather kill everyone on board than wait for the “mercy” of the empire, and the fighters of the island will do the elders’ bidding without a second thought. Now Chakuro and the other children are forced by circumstance to rebel against the adults in order to save their home and their lives.

With the Elders Committee choosing a mass suicide instead of fighting it out, the Marked and the others have to stop them and then make preparations for the battle that will come within a week. Chakuro and his friends have a lot to fight against, starting with the fact that so much knowledge was kept from them. The volume also talks about why the Empire wants to destroy the Mud Whale/Falaina, and the origin of the punishment. Lykos/32’s hope that the people of the Empire will also be free of their misconception that the Mud Whale is full of barbaric people who ought to be killed might seem flimsy at the moment, especially in light of what the Empire’s strong stance on emotions seems to be, but that’s a concern cast way further into the future. In the present, they all have to work together to mount a good defense of the Mud Whale while a small team is being sent to attack the Nous Skyros.

As in previous volumes this also has smaller character arcs playing out against the larger story of survival. Ouni’s need to protect gets a direction; Lykos is getting more in touch with her emotions; that Commander of the Vigilante forces gets some purpose beyond being fatalistic; there’s also a fierceness in the citizens of the Mud Whale now, as they start using Thymia for attacking. Still, the odds are set against them, even with Lykos noting they have stronger abilites – they are outnumbered, undertrained, and not prone to violence like the apatheias. The Elder Rasha warning Suou that his decision to fight might turn them to violence feels like foreshadowing but I guess how that pans out is to be seen in volumes ahead.