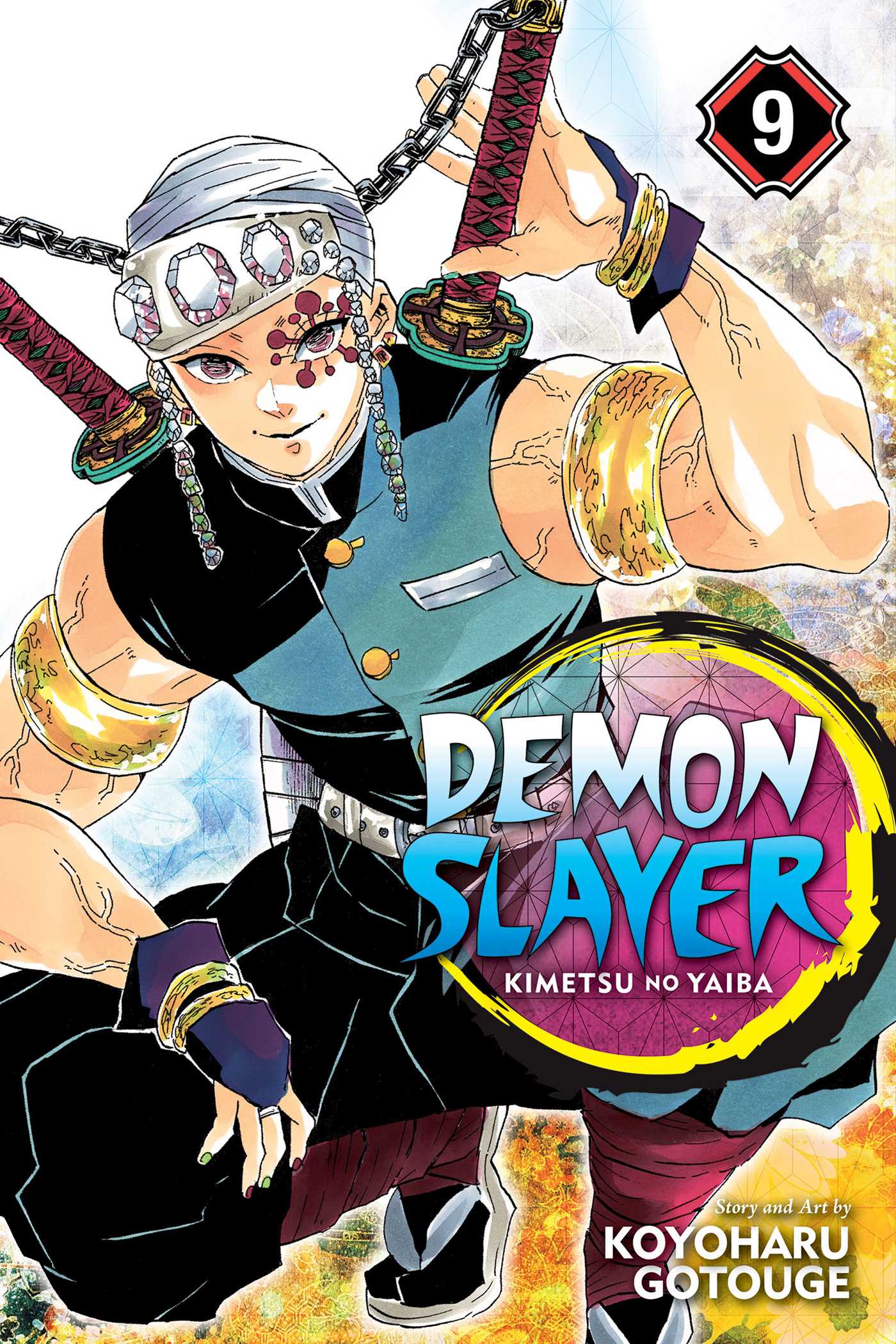 Demon Slayer: Kimetsu no Yaiba, Vol. 9 by Koyoharu Gotouge
My rating: 4 of 5 stars

Tanjiro and his friends accompany the Hashira Tengen Uzui to an entertainment district where Tengen’s female ninja agents were gathering information on a demon, but suddenly disappeared. In order to investigate, Tanjiro and the others disguise themselves as women to sneak in! As they close in on their target, the demon reaches out for the courtesans of the district!

Tanjiro and co get to a new mission under the guidance of Hashira Uzui, who has been hunting down a demon in the entertainment district. Uzui had sent in his three wives (yep, three!) undercover and when they didn’t check in, he is worried and so sends these three baby demon slayers as new girls to become courtesans and find out what the heck is going on. Firstly I can’t believe anyone would think Tanjiro is plain-looking, even in bad makeup – like how dare anyone even suggest that about this cute boy! Zenitsu is brash as always, and hilarious to prove he can be a good courtesan (not the mission, dude). Inosuke is reluctantly tempering his wild side to appear at least close to ladylike while he investigates and tries to find Uzui’s missing wife. The demon in question was hiding in plain sight, obviously, but they do have one heck of a tough battle with it. Tanjiro is also thinking about the breathing techniques he uses and how he can choose the best one to deal with this particularly talented demon. It ends on sort of a cliffhanger, but not so much to worry you about the next installment. Overall, an entertaining arc once again.