The Dragon Republic by R.F. Kuang
My rating: 5 of 5 stars

In the aftermath of the Third Poppy War, shaman and warrior Rin is on the run: haunted by the atrocity she committed to end the war, addicted to opium, and hiding from the murderous commands of her vengeful god, the fiery Phoenix. Her only reason for living is to get revenge on the traitorous Empress who sold out Nikan to their enemies.

With no other options, Rin joins forces with the powerful Dragon Warlord, who has a plan to conquer Nikan, unseat the Empress, and create a new Republic. Rin throws herself into his war. After all, making war is all she knows how to do.

But the Empress is a more powerful foe than she appears, and the Dragon Warlord’s motivations are not as democratic as they seem. The more Rin learns, the more she fears her love for Nikan will drive her away from every ally and lead her to rely more and more on the Phoenix’s deadly power. Because there is nothing she won’t sacrifice for her country and her vengeance

The start of this book has Rin down in a dark place – she is still grieving the loss of Altan, and feeling betrayed by the Empire, and because she accepted the Phoenix god, she has no peace in her mental space and has to resort to opium to cope. Being the last of a race is already a heavy burden to bear, and with the expectations placed on to fill Altan’s shoes, the only thing she is living for is to kill Su Daji, the Empress. However, as taking on the Empire itself would be difficult, she is looking for allies, first with the Pirate Queen of Ankhilunn and then with the Dragon Warlord, who calls on Hesperian allies to help with his civil war. Bound by duty and expectations, Rin has to sacrifice her personal desires for the good of the Nikara.

She made a fist. “I thought I brought peace.” “You brought victory,” he said. “This is what happens after.

I kinda want to wrap Rin in a blanket and keep her safe for the whole of the next book, because she has been through a LOT over the course of these two books. In this book, she is mourning, and carrying the weight of an entire race’s rage; her Phoenix god keeps clawing her wounds open in a cycle to not let her recover from her trauma, and she finds solace only in the opium. Tired of the responsibilities, she decides to join the Republic army if only because they will get her close to Daji; however, in Yin Vaisra, the Dragon Warlord, she finds a person to look up to, to seek approval from, like a replacement for Altan. She continues to work as a soldier and the Cike commander, to help his sons, Jinzha and Nezha launch a northern offensive that gets an increasing death toll. Rin, in a constant warzone for 4 years, has to look back on the cost, the lives lost, and the desensitizing death toll. She makes some bad decisions, sure, but she’s only 20, afraid, damaged from a war and being used in another one, so…

“Haven’t I changed history enough?” Rin whispered. She didn’t care about anyone’s visions for the future. She’d stopped wanting to be great, to carve out her place in history, a long time ago. She’d since learned the cost. 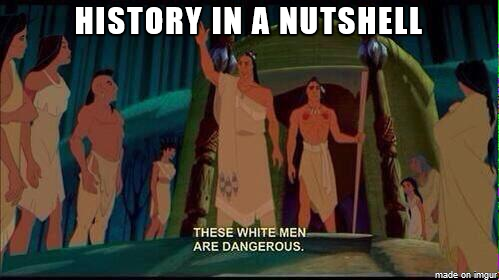 They come with their teachings of a singular Maker (the author proceeds to drag them throughout the book), and see Nikarans as primitive (and yes, it has all the racist trappings, including all that physiognomy stuff) and are particularly interested in studying shamans (raise your hand if your mind also let out a scream). Rin ‘volunteers’ because she has no choice or protection from them, but the scenes with Sister Petra just leave you deeply uncomfortable. There’s a particular one in Ch 13 that didn’t even need the explanation for Rin’s psyche right afterwards – it itself was so visceral and upsetting, and that is saying a lot because it wasn’t even like what Shiro was doing to her and Altan in the previous book, yet it was in a way almost as horrific. The fact that the Hesperians have superior military and naval abilities, and an arrogant belief in their religion and use that to patronize and lord over them was so rage-inducing, I can’t even put into words.

As for the civil war depicted in this, it was like a game played between the Imperial and Republic armies, a way to decimate their country systematically, with allies that have no concern for the outcome, or the effect on regular people. Kitay serves like a conscience for her and the Republic army, and he himself has a lot of trauma to get through from the first war. They are at odds for some part of the book, because of her actions in the last one, and because they are both become cold and hardened in different ways. There are still lighter moments between the characters that I appreciated – them acting like young people, teasing each other, playing pranks on one another. They are also discussing the war from a soldier’s perspective. Some things from the previous book are explained – like the cryptic comment about Nezha’s miraculous recovery, what the Federation soldiers on the mainland are up to, Chaghan’s and Qara’s reasons for being in the Cike, the return of Feylan and the reason for Daji’s betrayal (I get what she was telling, but Golyn Niis FFS). Then there are newer reveals like the shamans of northern tribes, and some details about the Trifecta’s bonds.

The pace was slower than the first book, and maybe it is because it is mostly about one war throughout the book, but it never felt boring. The stakes are high, even when it feels like they might be winning because Rin’s personal stakes were always high – Daji is not an easy target. And THAT ending! It wasn’t just about what happened in the last couple of chapters – for like the last 20% of the book, my nerves were wound tight, waiting for the other shoe to drop. I mean, the whole book had me as an anxious mess because you know *waves vaguely towards Hesperians*, but towards the ending, I was like holding my breath, trying not to skip ahead, because the book has all your senses on high alert. It still managed to deliver some gut punches in. Overall, this book is an amazing for The Poppy War, with a well-done character arc, and a bridge to a bigger battle in the next.

Is it diverse? Setting inspired by Chinese history, and has Chinese setting and majorly PoC characters

2 thoughts on “ARC Review: The Dragon Republic by R.F. Kuang”