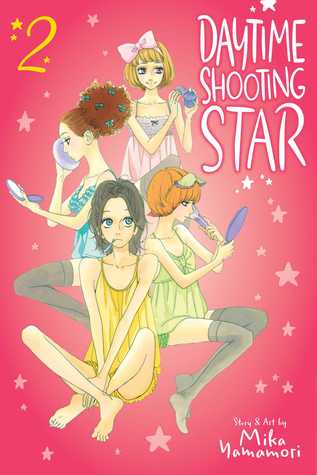 After arriving in Tokyo to live with her uncle, Suzume collapses in a nearby park when she recallsm once seeing a shooting star during the day. A handsome stranger brings her to her new home and tells her they’ll meet again. Suzume starts her first day at her new high school sitting next to a boy who blushes furiously at her touch. And her homeroom teacher is none other than the handsome stranger!

Suzume has moved to Tokyo and is living with her uncle. She soon realizes that she is attracted to her homeroom teacher, Mr. Shishio. Although she tries to deny her feelings, they only grow stronger. But then her classmate Mamura does something that leaves her speechless!

This volume brings all the romantic drama, establishing the complicated web of love. With Suzume realizing that she has feelings for Shishio, it becomes difficult for her to manage her reactions when it comes to him. Coupled with that and his friendly demeanour, is the fact that because of their personal acquaintance, too, it is confusing for her to decide how to behave around him – he is her uncle’s friend, but also her teacher. Shishio himself enforces the boundaries with her, and with his ex-girlfriend back in town, Suzume feels insecure about herself. But her romantic woes are not limited to him, as Mamura realizes his feelings for her (also they get lost in the forest on a school trip!) and acts on it (but always ask, dude!). Also with her friend Yuyuka’s feelings for Mamura, Suzume is kinda stuck in between a love triangle. Aside from the romance, there were other good moments – like Yuyuka revealing her ‘devilish’ side when scolding Suzume, and it resulting in everyone getting even more charmed by the grumpy version of her! By the way, I am loving the friendship between these two, even though it had such a rocky start in the first volume. And the artwork is beautiful as before – I especially love the way the eyes are drawn – so detailed, stylistic and expressive!