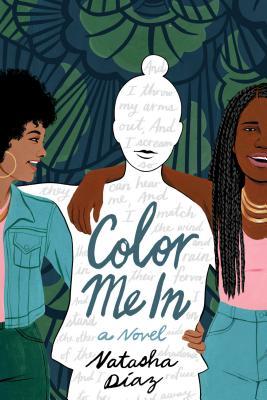 Who is Nevaeh Levitz?

Growing up in an affluent suburb of New York City, sixteen-year-old Nevaeh Levitz never thought much about her biracial roots. When her Black mom and Jewish dad split up, she relocates to her mom’s family home in Harlem and is forced to confront her identity for the first time.

Nevaeh wants to get to know her extended family, but one of her cousins can’t stand that Nevaeh, who inadvertently passes as white, is too privileged, pampered, and selfish to relate to the injustices they face on a daily basis as African Americans. In the midst of attempting to blend their families, Nevaeh’s dad decides that she should have a belated bat mitzvah instead of a sweet sixteen, which guarantees social humiliation at her posh private school. Even with the push and pull of her two cultures, Nevaeh does what she’s always done when life gets complicated: she stays silent.

It’s only when Nevaeh stumbles upon a secret from her mom’s past, finds herself falling in love, and sees firsthand the prejudice her family faces that she begins to realize she has a voice. And she has choices. Will she continue to let circumstances dictate her path? Or will she find power in herself and decide once and for all who and where she is meant to be?

Color Me In is a novel with Diaz’s personal experiences as a biracial to construct Neveah’s story. Neveah, who has so far lived in a white neighborhood, and being white-passing, has never had to fully acknowledge her biracial identity. Now, as she lives with her mother’s family while her mother and her father sort out their divorce, she feels lost in the world, like she doesn’t fit in. Now, when I started this book, I thought the story would be entirely about Neveah’s troubles with fitting in (to be fair, a similar story in Black Enough: Stories of Being Young & Black in America was the basis of my assumption), but mid-way through the author shifts the story’s focus from that to the question of ‘okay, but what can she do with it?’

The first half is, yes, about the issues she faces – being considered black enough to discriminate, at her school, while too white for her new black neighborhood, and especially her cousin, who is hostile to her at the start. She isn’t sure how much claim she has to her Jewish heritage, either, as her father has kept the family non-religious for the most part; now he wants her to have a bat mitzvah and everything. She has her insecurities, and struggles with making the right decisions, often, thinking it her lane or thinking it is not her lane; she sees more the overt racial discrimination that her family faces, or her boyfriend faces. I felt like by the end, it was about how she could use her privilege as a white-passing person to be a better ally, rather than wallow in her insecurities.

While Neveah’s personal exploration of how she sees her identity is a well-done plot, I felt there were many minor subplots that weren’t exactly given their due. Neveah’s relationship with her mother was barely touched upon, considering she is kind of reading the latter’s diary secretly – she barely interacts with her mother, even until the end. Another relationship that was half-formed was that with her best friend, whose presence only served to introduce drama at appropriate intervals? I didn’t get half the time what their fights were about, to be honest. Jordan’s and Neveah’s relationship seemed more fleshed out than that friendship, and this is saying something, since half of their interactions are hostile. There was that subplot about the school bully (who said some pretty horrible racial things, by the way) and her father’s new girlfriend (who is framed as the temptress who lures her father away) – both characters were cliched cardboard characters.

Finally, I think there were some things the book did well – like Neveah’s journey through herself, finding a way to reconcile both parts of her identity in herself, working through her issues with her parents – but some parts – minor storylines that seemed to only add tension or distract – were meh.

Is it diverse? The protagonist is biracial (Jewish-Black, OwnVoices), and several of the secondary characters (her family) are Black; biracial (Chinese-White) best friend; parent with mental illness

Received an advance reader copy in exchange for a fair review from Delacorte Press, via Netgalley.

One thought on “ARC Review: Color Me In by Natasha Diaz”