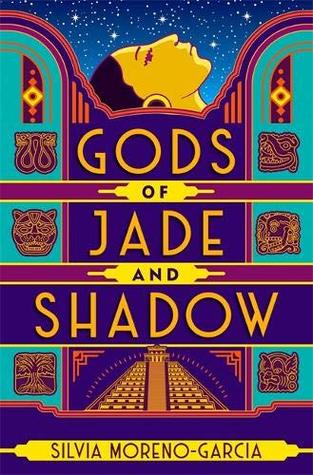 Gods of Jade and Shadow by Silvia Moreno-Garcia
My rating: 4.5 of 5 stars

The Jazz Age is in full swing, but it’s passing Casiopea Tun by. She’s too busy scrubbing floors in her wealthy grandfather’s house to do anything more than dream of a life far from her dusty, small town in southern Mexico. A life she could call her own.

This dream is impossible, distant as the stars – until the day Casiopea opens a curious chest in her grandfather’s room and accidentally frees an ancient Mayan god of death. He offers her a deal: if Casiopea helps him recover his throne from his treacherous brother, he will grant her whatever she desires. Success will make her every dream come true, but failure will see her lost, for ever.

In the company of the strangely alluring god and armed only with her wits, Casiopea begins an adventure that will take her on a cross-country odyssey, from the jungles of Yucatán to the bright lights of Mexico City and deep into the darkness of Xibalba, the Mayan underworld.

Gods and Jade and Shadow is Casiopea’s journey as she accompanies a Maya death god on his quest to regain his throne after decades of imprisonment. Abused by her family and made into a servant, Casiopea dreams to one day be able to see the world outside her town, to be able to go back to the city where she was born and to revel in the delights of the jazz age. When Hun-Kame is released by accident and is bonded to her, she leaves with him to go on an adventure, as his handmaiden. On the way, the cool and indifferent god surprises her with his increasing humanity, and as she further gets involved in the journey, the stakes become personal.

Firstly, I loved the way the author drew from Maya myth of the Hero Twins and then added archetypal story motifs to enrich the story into more than just an adventure. It is a quest, a game, a transformation of the way of the gods, with Hun-Kame’s ideals pitted against his brother’s as they fight for the right to shape their world. Casiopea, initially just a guide to him, becomes a companion soon, as the bond sucks the mortality from her and confers it to him. And yes, it has a romance, and it is a slow burn one but the best part of it is their rapport. While most of the book is told in the third person perspective with the focus on Casiopea, occasionally, we do get to see through her cousin Martin’s story (who has his own arc of toxic masculinity and elitism to work through) and other characters. Hun-Kame’s arc is getting in touch with the humanity he never experienced, and thus gaining a better understanding of people and his brother.

While Casiopea’s contact with the world is limited as they are on the quest, the author still manages to infuse the societal constructs at work; themes of post-colonialism, the effects of political changes in the region, even just Casiopea’s experieces with colorism and all are explored as much as they can in a fantasy-focused story. The delights of the modern world are seen in a awestruck light from her eyes, as she navigates the world at a god’s side, as is the terrific beauty of Xibalba. The ending was unexpected in the way it subverted tropes, but it felt real to the spirit of the story, so I loved that. Overall, this was an enchanting journey with an interesting and witty heroine, and a well-built world to set it in.

Is it diverse? Non-western setting with POC characters; Ownvoices retelling of Maya mythology

Received an advance reader copy in exchange for a fair review from Jo Fletcher Books, via Netgalley. 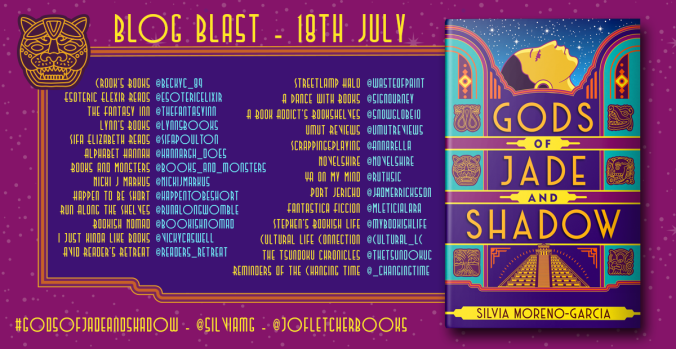