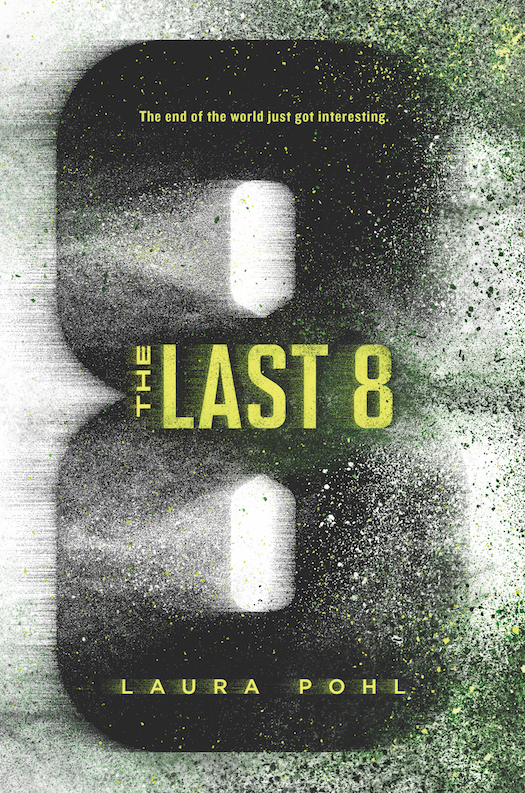 Clover Martinez has always been a survivor, which is the only reason she isn’t among the dead when aliens invade and destroy Earth as she knows it.

When Clover hears an inexplicable radio message, she’s shocked to learn there are other survivors—and that they’re all at the former Area 51. When she arrives, she’s greeted by a band of misfits who call themselves The Last Teenagers on Earth.

Only they aren’t the ragtag group of heroes Clover was expecting. The group seems more interested in hiding than fighting back, and Clover starts to wonder if she was better off alone. But then she finds a hidden spaceship, and she doesn’t know what to believe…or who to trust.

This book definitely gives off a The 5th Wave vibe, so if you liked that, you’ll definitely like this one. It is, too, about an alien-wrought apocalypse, only in this one, there are truly only 8 survivors left on Earth. One of them is Clover, our protagonist, who finds the other 7 holed up in Area 51 after months of wandering alone (well, she had a dog along). She doesn’t agree with the approach they have been taking, i.e. laying low and fires them up for a last stand against the aliens. Clover sort of has an adrenaline junkie side, and is a pilot, which works out in their favor because they do need someone else to take charge.

There is plenty of action in the book, but the cost was the emotional and relationship development. There’s a side f/f couple but we don’t see much of their romance developing; our protagonist is aro and she shoots down the romantic development anyway. What I did like was that one friendship in the book, which pretty much saves a certain someone. That plot twist was pretty cool too, and the ending it led to was unexpected but honestly, it was a refreshing conclusion!