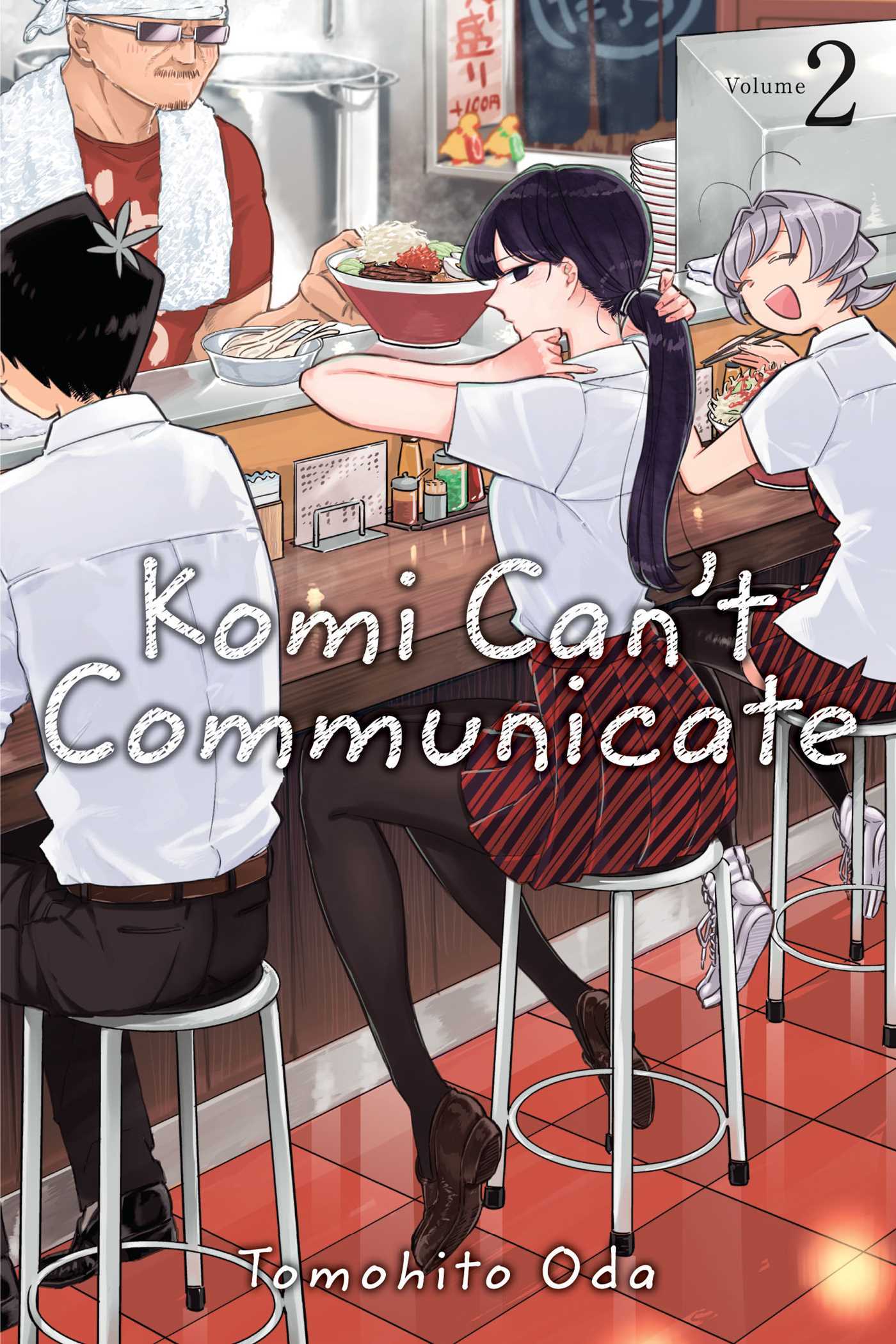 It’s time for the national health exam at Itan High, and the excitement of eye exams and height measurements have fanned the flames of competition for the unremarkable Makeru Yadano. She’s determined to beat the class idol Komi in the health test, and Komi’s total obliviousness to their impassioned duel just feeds Makeru’s determination. As the epic battle heats up, how will Komi handle her first rival when she’s barely made her first friends?!

Komi’s quest to have more friends continues in this second volume, and unknown to her, she has gained a rival, Yadano. Yadano looks at Komi’s perfection and decides she wants to defeat her in at least one thing, but she fails to do in every aspect of the health test. And Komi’s social anxiety comes across as reserve and grace to Yadano, like it does for all the classmates who don’t know her, so she keeps trying. Aside from her, Komi gains another stalker follower in the form of Yamai, who kidnaps Tadano to befriend her, and is thankfully unmasked by Najimi. It is played off for laughs, of course, but I’m getting tired of another creepy girl crushing on her (we already have Agari for that). After that, they all go on activities together, like eating out and shopping, and goes a little into Komi’s home life, too. Overall, it is cute, adorable and has the friendship between Komi and Tadano shown to be deepening.

Is it diverse? Main character has a communication disorder; one secondary character is trans/genderfluid