I missed this post last week because my internet was down and I had it in my drafts, so instead I thought to merge it into this week’s posts. I listened to few episodes this week, anyway, so most of it is from last week. I started The Elysium Project and A Scottish Podcast. I haven’t decided what to start this week, yet…but I plan to finish up with A Scottish Podcast and ars Paradoxica. 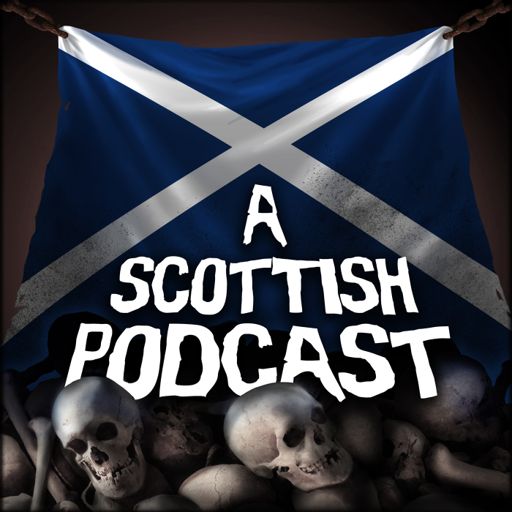 “‘A Scottish Podcast’ is a serialised modern audio drama.It chronicles the story of Lee, a washed up former radio DJ who launches a paranormal investigation podcast.Lee wants to see his show The Terror Files mentioned up there alongside podcasts like The Black Tapes, Limetown, and The Message. And he’ll stop at nothing to achieve it. Aided by his jaded musician pal Dougie, the pair travel the length and breadth of the country in search of Medieval Demon Kings and Lovecraftian Gods of the Sea. So why not join them on this unique tour of the ancient and mystical lands of Scotla”nd? You’ll walk through the long-forgotten catacombs under Edinburgh. Sail out to the lonely and abandoned island of St.Caillic. Visit dingy pubs, run-down industrial estates, and obscure non-league football grounds. The show contains strong language, adult situations, and isn’t for the easily offended.”

This was quite different than I thought. It is a bit meta, more about the behind-the-scenes work of Lee (though there are some parts of the episodes he makes, too) as he starts his podcast and chases down mysteries to put on his show. He embellishes a LOT which is where Dougie’s dry sarcasm shines because you can feel him rolling his eyes every time Lee concocts a scheme or makes an outrageous claim. The accent takes some getting used to (I honestly didn’t get much more than swear words and a general idea of the plot in the initial episodes) and I really should’ve looked at the transcripts LOL. 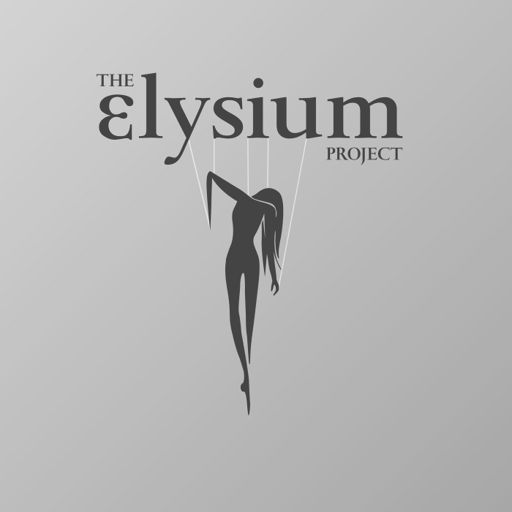 “Nothing in Emma Greyson’s life has ever made sense, and it’s only gotten weirder since she was injected with a mysterious substance that left her with telekinetic abilities. Somehow, it all seems to be tied back to her father’s top secret job, and the escaped test subjects he experimented on… and something called “The Elysium Project”.

An urban SFF with the test subjects of a super soldier project on the run, the lead scientist’s daughter caught in the power play between him and his superiors as revenge/collateral/leverage. It packed a lot in those 6 episodes, to be fair, but I am still on the fence on whether I like it.

Oh this season was a wild wild ride! Sally separates herself from ODAR (while Roberts and Whickman assume the leadership roles) and thinks over all the things that could’ve been different if only she hadn’t changed the past. Meanwhile, we get more of an idea of what ODAR’s future projects are like with engineered child agents, Anthony in the Blackroom. Loads of angst, relationship dynamics changing, even more secret spy stuff going on to give us one heck of a finale.

Looking back on the all the time-related anomalies in Night Vale was kinda the theme of this episode, and one of the most peculiar one of them is Lee Marvin, so I was pretty much screaming when Lee Marvin DID THAT. What does it mean for Night Vale from now on (does it lose its specialness?), and what was that being in space, huh? Nice way to keep us hanging for a month and a half *sobs*

The show is taking us deeper into the fae-human politics, as Mrs Gonzales tells the story about the last Iron War and what it meant for the relationships between the species. Also, that announcement at the start? Felt like it was targeted at Kalila but who knows what the coven is up to?

“Sammy & Ben get a stern talking to about how to act regarding their friend getting to come back home. “

While Sammy and Ben are understandably worried about Cecil being a vessel and possibly unleashing forces of darkness, now that he is awake and walking about, the one thought that was ringing in my head throughout the episode was – Guys, you are discussing all this on air! You literally just spoke to Hershel and now are discussing how to lie to him, ON AIR! Like, come on, half the town is awake – maybe discuss your strategies in a more discreet/coded manner???

“Most locations have an isolated history that is unique to them and only them. But some places have served as the entry point for a bigger idea and a larger impact on history as a whole. Sadly, that sort of significance always seems to come at a price, and it’s a cost that’s difficult to forget.”

A history lesson about The Alamo.

“The way we explain the world around us is determined by the lens we view it through, especially when events sit outside the realm of the believable. And no better moment in time can illustrate that idea better than the perfect storm of fear and paranoia that descended on a New England village a handful of centuries ago.”

Late 17th century Gloucester gets invaded by some strange enemies with weird weapons and an ability to avoid bullets. And they were defeated with a popular mode of attack against Dark Forces.

“CJ and Ricardo bring home the finest new addition to the Best of Luck Bar!”

Oh my god, they got a dog! Ricardo talks about how he feels better with the new canine member of their life, and Jason and Kane gush over kinda having a pet.

“It’s Kane’s birthday, and Jason makes sure to plan a low key celebration.”

I thought it would be during the party itself, but it is about the day of the party, as the wishes pour in, and later about Kane thinking about how his mother used to celebrate his birthdays. Meanwhile, Julie’s tape has her thinking about how to bring up Kane and which festivals to celebrate, whether to include religion as a part of his life or not.

“Kane works to conquer his fear of fairy lights, and Helen makes it easier with some magic.”

Kane tries to quell his anxiety regarding fire hazards by getting new LED fairy lights, and Helen’s display of abilities is compared to that of Julie’s. Honestly, I am impressed that Helen does it so instinctively; as she doesn’t even believe in it, so intent is clearly not the key to how she uses her magic, I guess?

Sn 1 Ep 2 Do I Look Like One of Your Little Friends?

“Antoine struggles to make his mom understand the magic he sees, and Princess Keisha continues on her quest to confront the Dragon at the peak of the mountain in the Evergreen Oasis.”

The story continues in the real world, as Antoine tries to convince himself and his mom that what he saw was real. I’m still on the fence as to going ahead with this series or not because I’m usually not a fan of narrative audio shows.

Okay, I was on the fence with this one, too, since it is also a narrative podcast, but then Limbo was mentioned and my brain finally connected the dots and I realized the story is a continuous thing from Chapter 1! Still, since they do have the written version of the story on their site, I think I might go for reading than listening instead.

“Where is everybody? That’s the question that dogs Juno Steel now. He has bigger things to handle, he knows. Loose ends to tie up, old betrayals to pay back, and a mysterious mayor to reckon with. But even while city-sized mysteries weigh him down, the one that concerns him most is much closer to home… and while he tries to solve his disappearing act, all he has to keep him company is the tale of another disappearance, thirty years in the past.”

Juno returns to a city that is a ghost town, everyone off grid, and his home in Old Town behind a strict lockdown. From the office, he tries to contact his people, but then he has to resort to a  hidden way to get back to his home. Meanwhile, he is also listening to a documentary feed about Jack Takano, the ‘creator’ of Andromeda, and how the first two movies were pop culture landmarks.

“Down in the sewers, home seems like a distant memory. It’s even more distant for Detective Steel now, because even aboveground home doesn’t feel like home anymore. Hyperion City has changed. Even its sewers have changed, and the things that crawl in those sewers. And at the bottom of it all is Ramses Takano, or should we say Jack O’Flaherty, or should we say any number of names that once belonged to this incredible disappearing and reappearing man. Blink and his face has changed. Blink and your city has changed. Blink and your home has changed — and once a thing like that has left you, can you ever find it again?”

Takano’s docu-story continues, and it tells us about the office dynamics at North Star (or whatever it is called) and the whole mess regarding the third Andromeda movie (which obviously he was trying to expand from Sarah Steel’s ideas and utterly failed at). Juno, in the sewers with some homicidal rabbits, gets a guide in a Theia spectrum bot with a surprise (or not so surprising) presence.

“Far, far to the north of the Second Citadel lies the Terminus, a sacred or magical ocean (depending on who you ask), a place of power where world-changing things happen… and where monsters bicker for order and entertainment. Sir Caroline and Rilla are deep in monster country, now: deep enough that the human tales of this land are fuzzy and indistinct. They’ve wandered into the land of beasts… and soon they’ll find that the rules are a little different here.”

Sir Caroline and Rilla witness Arum’s trial, and while listening Rilla realizes she has fallen in love with Arum. But soon, they are also caught by the monsters and put on trial, and have to present themselves to the judge of the monsters.

“Legends say that far north of the Second Citadel, close to the Northern edge of the world itself, lives the Spiral Sage. They say he is a powerful being, a sacred warrior for human good who controls time and the wilderness itself. They say he is a great hero. And he’d better be, because the number of creatures who need saving keeps on rising. First Lord Arum, then Rilla and Sir Caroline, and then… well, you’ll just have to hear for yourself.”

While Rilla and Caroline are incarcerated, (and not knowing this), Damien, Tal and Angelo come to the end of their known world, to seek an audience from the Spiral Sage (who is a big shock to the pious Damien).