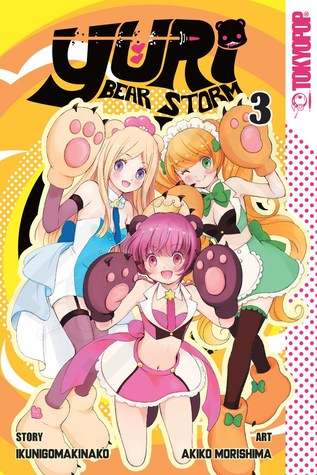 When Lulu decides to bring Yuriika and Kale with her to Japan to meet with Sumika, the two discover memories of how they both came to love the same woman — only for her to end up married to a man she had just met. Their relationship was the start of everything… and then, tragedy struck. What will Kureha do when she discovers the truth?

This final volume somehow rescued the series, as it explains all the stuff going on, clears many doubts, and gives it a satisfactory ending. Still, I’m like – so no one is going to send Ginko to therapy, huh? The story takes us back to the past, telling about the friendship between the three girls – Yurika, Kale and Reia, and how the romantic feelings between them led to the situations of the present. Ginko’s guilt in the previous volume finally made sense when it was revealed what she actually remembered. Sumika helps them all reconcile with their past guilt and grief (well, except for Ginko because she was knocked out cold from the Truth) so Yurika and Kale can move on from Reia, while Kureha supports Ginko through the revelation. The absence of panty shots was a plus, too. So, overall, it had a decent enough ending.

Is it diverse? sapphic rep