Oh my God, I got so much listening done in this week! I finished one season each of Dead Air, Wooden Overcoats and ars Paradoxica in addition to catching up to the latest episodes released this week. In the upcoming week, I plan to do season 2 of ars Paradoxica and then hopefully The Elysium Project. “Mackenzie Walker wasn’t planning on using her college radio show to solve a decades-old murder, but when she receives an anonymous tip that the wrong man may have taken the fall, she can’t resist digging deeper. Before long, Mackenzie is in too deep, and determined to find out the truth, even if it destroys her. This is a riveting Serial Box original podcast from the authors Gwenda Bond, Carrie Ryan, and Rachel Caine.”

I was interested in this because of the YA authors involved in this story! And it is a pretty good story about a budding investigative journalist who has a college radio show digging into an old wrongful conviction case, and discovering a secret much closer to her. The production quality was good, but the voice acting felt too much at times.

“Six months after The Bright Sessions concludes we begin again with The AM Archives, a Luminary exclusive that tracks the mysterious Dr Bright as she tries to reform the institution that once betrayed her. Along with time traveler Sam Barnes and ex-enemy Owen Green, Dr Bright helps ‘atypicals’ learn how to use their abilities. But in an effort to defang The Atypical Monitors, the trio comes face to face with a patient unlike any other…”

I’ll admit – I was interested in the podcast when it was first announced, sure, but when I learned it was going to be an exclusive on Luminary – which is behind a paywall, and available in only 4 countries, which surprise surprise (not really) doesn’t include mine – I was a bit soured on it. I didn’t listen to episode 1 which was on The Bright Sessions feed for a while, but this week episode 2 popped up on there, too, so I thought  – why not? It is less than an hour to listen, anyway!

So, as the synopsis says, the story opens about 6 months after TBS, with Sam, Joan and Agent Green now running things, and it was fun to see them bantering with each other, especially Sam’s initiative for ‘casualness’ clashing with Green’s ‘old school but friendly’ approach, and their arguments about Tier 5. A new agent (who is also atypical) is being inducted, and he is sort of the medium through which the characters are able to recount the changes made to the AM. 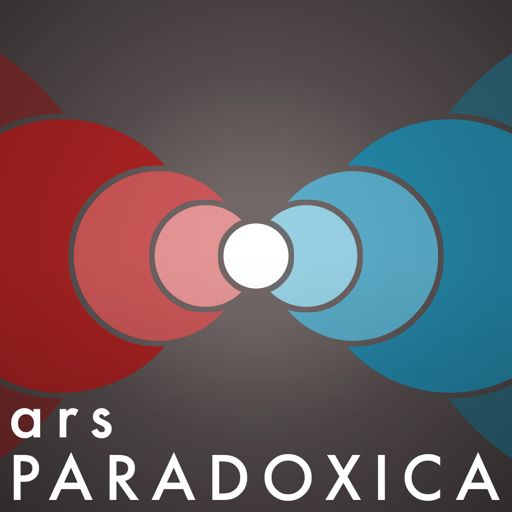 “When an experiment in a time much like our own goes horribly awry, Dr. Sally Grissom finds herself stranded in the past and entrenched in the activities of a clandestine branch of the US government. Grissom and her team quickly learn that there’s no safety net when toying with the fundamental logic of the universe.”

I know I am late to the party, but I finally started ars Paradoxica and holy shit the time travel plot had me all wound up. I am still processing things because I just finished listening to ep 10 yesterday.

Along with its convoluted story and complicated characters, the audio drama also has some killer theme music. The cast of the voice actors felt very similar, though – I often had to resort to the transcripts to confirm who is the scene and who is talking.

Another awesome season! I loved how many shenanigans they got into but also loved the nice heart-warming moments between each of them. Eric’s Sunshine man episode was so good, and so was the finale, with the wedding and the funeral.

“The General returns home from the Blood Space War.”

The fucking angst in this episode, folks! Direct shots at my shriveled heart! No big spoilers, so I’m leaving you with my favorite out-of-context humorous quote:

“if we’re going to vape anything, we should be vaping vapor”

Kalila went off on whitewashing, and the appropriation of Indian culture but, you know, magically. Meanwhile, in the world itself, the faery plot has been ramping up – changelings are being recruited to the fae cause and through Clarence, we see the support meeting Kalila has been avoiding attending so fiercely.

“Sammy & Ben speak to an old friend and end up getting information from an unlikely source.”

The episode opens with Tim feeling terrible that his copy is running around busting down radio station doors (not your fault, Timmy, not your fault). Then, while Sammy and Ben are bickering on air, again, Doyle calls up and surprise surprise, he makes it an unasked collaborative episode with his own show! His special guest, though, had some insight (gossip!) on the mayor of the town, and towards the end a medical emergency drives them out.

“Throughout history, cultures around the world have explored the world of medicine in search of tools that can heal our bodies. We’ve used plants and minerals, of course, but the most powerful tool might also be the most taboo—and it’s been right in front of us the entire time.”

With an intro about cultural norms of physiology, including the whole theory of humors, and witch marks, and the Hand of Glory, I knew it was going to be a probably icky episode about medicine in ye olde times, but YIKES. There’s corpse medicine, and medicinal cannibalism in its episode, so go prepared!

“It’s Helen’s birthday and the Best of Luck is ready to celebrate in style!”

It was a sweet episode is all I am going to say! You have to listen to it to know!

“Today we journey within. Within the sands of Mars, to the clinic of Hanataba; within the Theia Spectrum and its labyrinthine connections; within the mind; within the past itself. Try to throw away the past if you like, Juno Steel, but it lies within. And you can’t lose your past without losing yourself… can you, little monster?”

To remove his Theia spectrum, Juno has to go under (as in under a sedative) but the journey in his subconscious is a tough one, bringing out something he had buried long ago: Benzaiten Steel and his murder, and the incident in their childhood that contributed to their mother’s breakdown.

“You did it in one day. One choice. When you let him in, when you let the hero rob us blind without taking a thing.” That’s how Sarah Steel justified the murder of Benzaiten Steel, twenty-one years ago. But the day she was referring to was even older: fifteen years before that. A motive a long, long time in the making. But what does that mean? How could one four-year-old child ruin three lives? Juno remembers. But what he remembers… can’t be right. It can’t be. It can’t be.

The synopsis itself had me very very Worried for this episode, because well, it is a whole load of child abuse, and stuff, but there are also lighter moments with Ben and Juno in his head.

“He tunes the radio, sorts through static for answers. Only questions, clean and clear: can one child really ruin the lives of his entire family? A ghost-sound, like a voice; then, gone. Why did he have to stay with her? Who was that at the door, all those years ago? Did his life, her life, Juno’s life… did they all have to end this way? No port in the static storm. But then, distant, a sound. He’s found it, he thinks; tunes closer, and closer, feels the rush of answers, the relief of a mystery solved. It comes closer, a banging sound, like footsteps, echoing… and then he’s found it. And he wishes he hadn’t. Here comes Turbo. The Man of the Future.”

The mystery comes to a close as Juno unlocks the weird parts of his memory, and gets to the terrible truth. I was worried about how his mother’s abuse would be played out, but I think I am okay with how he gets closure on it. And then there’s him finding out whose neck to go strangle now.

“What’s more knightly than rescuing a Damsel? Doing it better than all the other knights, of course… especially if those other knights are really, really annoying. Sir Marc and Sir Damien do not like each other at all. Each is extremely important to the other’s favorite person, and neither understands it in the least. So when a glade of beautiful forest-women offers to watch these men manhandle one another in manly competition, how can they say no? Saving ladies, being swooned over by ladies, flexing your muscles at ladies… isn’t that what the knight life is all about? So enjoy the moment, boys, and don’t be like Talfryn, sitting on the sidelines and watching those nymphs very closely. Don’t question that strange sound you hear, or those markings in the grass, or the way those nymphs are watching, abuzz with anticipation of… what?”

While Sirs Marc and Talfryn go on a rogue mission to save the damsel who has been kidnapped from the Second Citadel, they come across Sirs Angelo and Damien who are on their way to save Rhilla, and so basically they all find out they are on the same mission. But then they get sidetracked by some nymphs who love holding sports competitions and ogling at muscled men.

I was amused by Sir Talfryn (who is the only group in the two with two functional brain cells, mind you – where is Caroline when you need her?) bombing a poetry recital against Sir Damien, and Sir Marc going old school commando in single combat with Sir Angelo. Also, I never want Damien and Marc to ever get along, because it is so entertaining to watch them squabble with each other!

“Well, the boy-knights have definitely learned one thing about Nymphs: Nymphs LOVE Sport. And at first, the boys loved Sport too… until it became clear that this was less throw-the-ball-around-with-your-friends-and-rivals and more blood sport. Twists and turns wait behind every rule of this violent game, and one such twist is just in the distance… where the sound of great wooden wheels signals the arrival of the Nymphs’ long-awaited Damsel.”

The knights have to participate in the Nymphs’ games that have just taken a deadly turn, and Damien and Marc have to co-operate with each other to save Tal and Angelo. Also, hey, Tal comes out as aroace which is super ace!