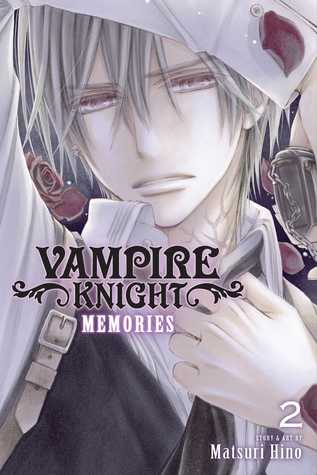 Vampire Knight returns with stories that delve into Yuki and Zero’s time as a couple in the past and explore the relationship between Yuki’s children and Kaname in the present.

Neither the vampire aristocrats nor the vampire hunters approve of Yuki and Zero’s relationship. Zero must face opposition from the Hunter Society while also becoming the target of a vampire assassin. Meanwhile, Aido and Yori face obstacles as a pureblood vampire and human couple.

While Kaname is still in the future getting to know his two children(?) and the past he doesn’t entirely remember(?), we go back into the past to see the events that happen during Sayori’s lifetime. As Yuuki and Zero are navigating the new world order where vampires are working alongside humans, and Hanabusa is still exploring Kaname’s research, the political landscape of is still unstable. Yuuki, being the leader of the vampires, is in an exalted position, there are many who don’t approve of her relationship with Zero, or having him as an equal to her. This means that there are attempts on his life, as well as other people close to Yuuki. Meanwhile, Zero is facing grumbling from his own association as vampire hunters, and they don’t necessarily have a problem with him being a vampire or her being his girlfriend, but they do have a problem with their leader being a consort to the leader of vampires.

While Yuuki’s and Zero’s romantic relationship is still in stasis, much like Kaname in his ice cube (ba-dum-tsss), there are other relationship developments. Hanabusa and Sayori move forward with theirs, and while the different species thing remains a thorn even after marriage, they are still able to be happy in their family. Ai’s developing as a little princess, coming into her vampire side, and her feelings for Zero also deepen, which she confesses to. Her feelings about her mother’s relationship with Zero change from when she was small and rooting for them, to hoping for Kaname’s waking up, to realizing how deep the bond between the three of them goes. Yuuki’s feelings over the matter, over her still not being over Kaname and not ready to pursue a love with Zero all over again, take their time.

As a whole, this manga felt like two polarized feelings of humor and darkness, which didn’t always blend well together. As for the plot, there’s not much, but there is enough to point towards a direction for this series now.