I caught up on Love and Luck (at last), and started two new shows – Minefire and Voices of the Abyss (okay fine it has only one episode so far but I was intrigued). I am thinking of starting Murderville next! 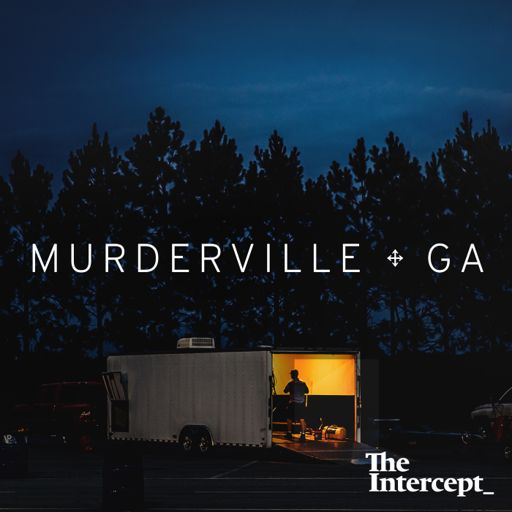 “When a brutal murder rocks a small Southern town, residents and police are shocked. Could the new guy in town be the one who who did it? Yes, the cops say, he is. Case solved. But then another murder happens. And another. In the end: four bodies, two convictions, and one man in jail for a crime he likely did not commit. Welcome to Murderville, Georgia. Investigative reporters Liliana Segura and Jordan Smith uncover what happens when law enforcement locks up their first suspect, leaving another man free to kill.”

Yeah I was planning to try out a true crime podcast for once, and I got through like 15 minutes and was ‘NOPE’. The interview snippets were the last straw for me – I could barely understand with the background sound and everything, so I gave up on this podcast before the end of the first episode itself. 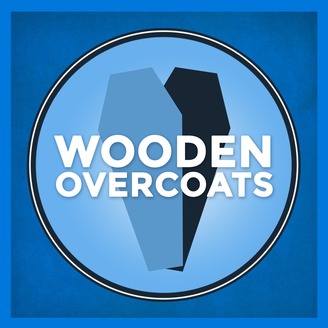 “Rudyard Funn and his equally miserable sister Antigone run their family’s failing funeral parlour, where they get the body in the coffin in the ground on time. But one day they find everyone enjoying themselves at the funerals of a new competitor – the impossibly perfect Eric Chapman! With their dogsbody Georgie, and a mouse called Madeleine, the Funns are taking drastic steps to stay in business… “

I had so much fun with this show. I was listening to it while painting and it was perfect to keep me upbeat! Only sad thing was there were no transcripts for me to check with when I missed/misheard/couldn’t hear some parts.

Can I just say – I love Antigone the most! She is emo, and gloomy, and I absolutely love her and also her relationship with Rudyard. Hearing Tom Crowley in this show as Eric was a delight. Plus the whole town is so entertaining!

I’ll get through season 3 in the upcoming week.

“It started with Walter Reine, the son of one of the richest men in New York City. Then it was Ada Moore, one of the city’s local librarians. Eliza’s friends are all going missing, and she plans to find them- but what she doesn’t know is that she’s up against the supernatural.”

There are only a couple of episodes out, so I couldn’t really make out what its genre is exactly, but it seems to be mystery + supernatural. The voice acting could be better, IMO.

“The deepest mysteries come from the places we haven’t fully explored, or where we lack the control that makes us feel safe. And yet one of the most universally mysterious places of all is closer than you might believe. It’s the best kept secret everyone has been sleeping through.”

About dream interpretation and the various kinds of dream lore across cultures. I was particularly interested in the clairvoyant physician thing, which coincided with the whole spiritualist moment but was separate from it. The case of Sleeping Lucy was spooky because it was unexplained?

“Of all the parts of life that we can depend on, one of the darkest parts is loss. That’s the trouble with being surrounded by mortal, fragile human beings; at some point, the people we love won’t be here anymore. Which is why the mourning process is the playground for all sorts of powerful bits of folklore.”

Funereal practices across cultures, specifically those about sin eaters and banshees. Oh I love to listen about folklore!

“I do suggest you reconsider this particular destination, Traveler. Most places on Mars are dangerous, but the desert holds threats no human can survive. Radiation beats down from above, subterranean predators rumble below, and before you lies nothing but sand and heat and time. And behind you… do you see that growing shadow in the distance, Traveler? It is always there. And depending on how you play your cards it may be your only way out… or the most dire threat of all.”

Juno gets unwillingly rescued by a pirate who offers to get rid of that cybernetic eye, in exchange for a job done. It was good to see his sass not abandon him even when he is feeling so low. As for the job, it was a protection detail for a sale going down, but then someone close to his (new) boss turns up to disrupt it.

Theia: “You appear to be punching your own face. Would you like some help with that?”

“People bury a great deal beneath these Martian sands: bodies and secrets and even entire cities. But some things refuse to stay buried long – like the past. Those we thought lost, hoped lost, but never gone for good. Buddy Aurinko is learning that lesson the hard way. Her buried past has a face and a name, and though all Buddy wants is to forget, her past does not seem content to be forgotten.”

Juno wants something to make him feel like what he is doing has some good effect in the world, and he gets a chance when he helps out Buddy rescue an old flame from slavery.

“Deep in the Swamp of Titan’s Blooms stands a towering plant with no equal in the Second Citadel. It is in parts tree, fern, beanstalk, and a single gigantic flower — and it is the Keep from which Lord Arum watches over his Swamp. No human has ever seen the labyrinthine interior of this Keep until today. When Rilla awakens in the Keep she will come face-to-face with things she’d never dreamed she’d see, magical artifacts and creatures and mysteries that tie deep into the workings of the very universe… but unless she can find a way to escape, she may be the only human to ever learn of them.”

So, why Arum kidnapped Rhilla is revealed: she is to apply her medical expertise to the problem to his living keep looking sick. While she is trying to find a way to escape, he is determined to keep her and his secrets right at the keep.

“Subject: the Keep of Titan’s Blooms. Symptoms: spreading petrification; irritability; musical inclinations. Suggested treatment: cooperation with its master, Lord Arum, a creature who would scoff at the idea of tracking symptoms in the first place, a lizard whose scaly mind is ever-absorbed in suspicion, self-preservation, and ego. Side effects may include: sleep loss; injury; frustration; entombment; and then… Keep it together, Rilla. This is a medical record, not your diary.”

Rhilla agrees to help Arum, and between their respective expertise in science and magic they do make a great team. There’s also lots of talking, and grumpiness on Arum’s part, and Rhilla, well, being Rhilla. I also saw hints of things suggesting a rising ship.