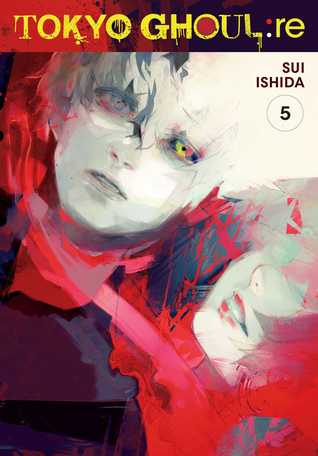 The Qs Squad once again proves its worth by going undercover to collect vital Ghoul information, allowing the CCG finally move forward with a massive eradication campaign. But this strike pushes the Qs to their limits, bringing all their weaknesses to the forefront. And Haise is the hardest hit when his hidden past rushes forth to impact his future!

Delivering another emotional and action-packed arc, this volume has the Tsukiyama family in the crosshairs of the CCG. While Shuu has been trying to get Kaneki’s memories back, he visits :Re to ask for Touka’s help, but she reprimands him saying that he isn’t really doing it for Kaneki. Haise has been looking into his past, and after the undercover operation with the Quinxes, he has realized that he was known to the ghouls as Eyepatch and finds Amon’s rough reports; he also realizes that the man approaching him to strike a friendship (Shuu, but he doesn’t know it) may know Kaneki. Meanwhile, the CCG is onto the Tsukiyamas and Shuu’s father engineers his son’s escape while staying behind to provide distraction. Shuu soon realizes the depth of devotion his family has instilled in their employees and subordinate families.

Concurrently, we also get Kanae’s story and how he is ready to go far to protect Shuu, even giving himself over to Bandages to become more powerful. Family legacy is a yet again a big theme for the ghoul’s side of the story in this arc, and Shuu honors that by rejecting Haise’s plea to surrender himself. While the story has many emotional moments, a major storyline is Shuu reconciling his grief over losing Kaneki’s memories and his desire to survive for the sake of his family. As the CCG is raiding the building where Shuu is trying to make his aerial escape, we get yet another gory bloodbath as the altered Kanae arrives on the scene. It is also an exciting mission for the CCG investigators, like Urie, who are just itching to get some kills on their record, as they are basically exterminating a whole community of ghouls. (I may also have felt a little satisfaction that Kijima was killed off)

One would think with so much already going on, how Ishida managed to insert some background too, but he managed. We learn a bit more about the one-eyed ghouls like Takizawa, and the differences between them and Quinxes; we also learn about why Akira was chosen to be ‘mother’ to Haise; there is also Kanae’s childhood tragedy, him being afab and his love for Shuu.

Overall, it is one intense story arc.