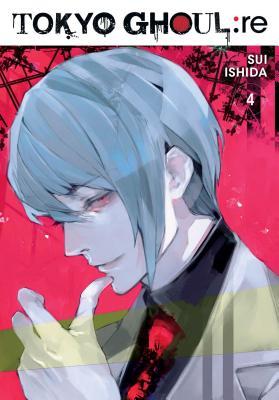 A month has passed since Operation Auction Sweep, and business at the CCG rolls on. An inter-squad task force has been formed to investigate the Rosenwald family, and the Quinxes are part of the team. The Rosenwald organization, code-named Rosé, is suspected of being behind a rash of kidnappings in Germany. This is a huge case for the Qs, and the worst possible time for their mentor to fall apart. But Haise’s frequent flashbacks have started making him question everything he believes in—even his own identity.

With the success of the Auction Raid, the investigators get a promotion, and it is especially a win for Mutsuki, who jumped two ranks. Now, the Quinxes are being teamed up with another squad to track down the Rose, members of the Rosenwald family who were evidenced to be present during the auction raid. Haise is looking into his past, as the gift of the mask leads him to Uta, and he considers a new approach to how the Quinxes should investigate. He is also the one who is interrogating Hinami, who keeps referring to him as ‘older brother’ because she sees shades of Kaneki in him. Shirazu, meanwhile is still traumatized from his kill of the Nutcracker, and he is having complicated feelings about it (primarily that ghouls could even have human-like desires), which means he is hesitant to use the quinque (made from her kagune) that he got. Urie is still Urie, hyper-competitive, and disdainful of everyone. On the ghoul side, Tsukiyama Shuu finally comes back on the scene, after Kanae thinks over how to heal him from his sickness. Kaneki being alive is a boost of energy for Shuu, even if he can’t remember him, but he is adamant on bringing his memories back. His wish for more time with Haise means Kanae goes to some extreeeeeme lengths to eliminate the ‘obstructions’.

While this volume isn’t the explosive action fest like the last one, there are some interesting battles here, too. But it is also about taking a pause, reviewing the characterizations and character relationships. Mado’s feelings about Hinami being in Cochlea, one of the Ghoul investigators who tortures one of the captured Roses and puts that video up for the Rosenwald family to see, leading to us seeing the dynamic between them, and Haise’s thoughts on the matter, even the simple scene of the Quinces going to Uta to get masks made, Hori taunting Kanae – all of them enhanced the storytelling. There are several new characters introduced here, too, and while it is getting increasingly difficult to keep track of who is who, it is still making for an interesting tapestry of a plot.