I found time over the weekend (more like made time) while I was painting to listen to episodes and catch up. I have caught up on Welcome to Night Vale, and listened to a new show (well, mini series) Time Bombs. 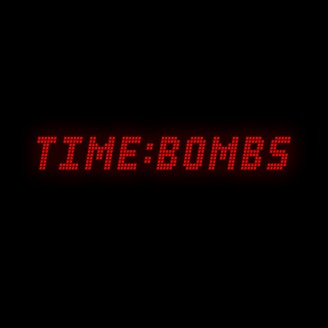 “Created, written, recorded, produced, and released in just one week, Time Bombs is a new audio drama podcast about the hilarious world of bomb disposal. From the team behind the Webby Award nominated sci-fi audio drama Wolf 359, ride along with EOD technician Simon Teller on the busiest night of the year for him and his team – when business is, quite literally, booming.”

Aww this mini series was fun! It’s about an eventful night a bomb squad team has on a New Year’s Eve. Simon Teller is hoping to break the record for most bombs diffused, in a year, and Midland is having this last day of probation; and accompanying their team is a reporter. It is light-hearted, and Simon is a hoot!

“Fleet and Clara continue their search for Vidocq’s accomplice.”

Fleet finds out there is a market for the memorabilia of the last case he did before being declared dead and cyborg-ified as well as Fleet-themed cuisine at Mrs Pomligan’s, and he is understandably irate. I am just here roaring in laughter at “Archie Buns” and “Detective Pie” (what’s in it? well you gotta investigate it yourself!)

I love the fact that Clara is keeping a list of things that interest Fleet just so that she can come up with topics they can talk about!

“The hunt for Vidocq and the Child of Mystery takes Clara and Fleet to a popular entertainment spot.”

Fleet in a (floating) circus OMG! Between him being challenged by a strongman, and Clara hearing the woes of the circus owner, it made for an entertaining search Maude. Also, WTF Sandringam?!

“How long does this recording go on?”

“With the events of the Sanger Circus only making matters worse, Fleet and Clara seek out answers from the past.”

Fleet and Clara try to find details on the murders Vidocq had committed, and try to establish a link between the seemingly random, seemingly accidental staged murders that had led to his conviction. And obviously, they come away with something even bigger than they thought.

“The Blood Space War is not without its detractors.”

The first line itself made me laugh –“Hot singles in your area are staring into the forest and grinning absently. “

It’s good to know Cecil will always be a fan of Carlos’ hair, even as a beard 😀 And they have a dog called Aubergine!!! *awwww* It seems that people are forgetting things because of the moon breaking apart, and that doesn’t sound good for the residents. From Basimah’s narration, the Blood Space War sounds like a time-space mess! As the episode went on, my dread level increased because no Dog Park? A recording disappearing while playing?

And after the weather played, the episode shifts and OMG WHAT  NOONONONONONNONooooooo

“An old man comes to Kalila to help ease his grief.”

On a personal level, Kalila’s Shadow is showing signs of resentment, and though Desiree suggested joining the group they go to, Kalila still feels ashamed about her predicament. In the background, the political issue of non-human entities seems to be advancing.

“There’s a lot in life we can count on. Death, taxes, the sunrise, and political turmoil–these are all guaranteed, safe bets. But outside that, everything else is an assumption. And sometimes we get it tragically, horribly wrong.”

Another murder mystery. I mostly tuned out…

“Maggie tries to protect Jason from their parents’ cruelty, and Julie muses on her fears of motherhood.”

Arrgggh I am feeling like Storm right now! How dare Jason’s parents warn him away from his sister’s family?! What assholes! I mean, it was always known that they are, considering how they treated Jason and Kane at her wedding, but really what a new level of asshole-ry!

BTW, Julie’s tape coincided well in how she differentiates between parents who make mistakes and bad parents.

“Everyone calls to leave support and love for Jason”

If the previous episode had me all raged up, this one calmed me down with all the feels. Everyone in their friend circle calls Jason to offer support. Julie, meanwhile, talks about what family means and damn if I didn’t feel like crying about how apt it was for this episode. I hope Jason listened to it and felt better and glad for his actual family.

“An emergency comes up at Shady Pines Rest Home as Sammy & Ben try to help calm the situation.”

Is it just me or does their friendship feel more and more like Sammy is Ben’s father telling his teen-aged self to FFS clean the room? Between having to air commercials of people they hate, and their caller ID broken, Ben is PISSED. And Oh god I missed Hershel and his potty mouth!!!! A lot of creepiness this episode thanks to that creeptastic coroner, and then Emily has a scary (prophetic) dream that freaked me out!

“On the third morning of the Festival of the Three, Sir Marc knew nothing of Sir Damien’s duels with the Lord of the Swamp. Sir Marc’s problems lay closer to his heart – or brain, as the case may be.

Because Sir Marc’s condition requires medication, and medication is hard to come by out in the wilds. Luckily, Sir Marc has a medical professional on his side: Rilla, the herbalist of the Second Citadel. But unluckily, medicine in this overgrown world is never easy… and Rilla and Marc will have to think and act quickly if they’re going to keep the urge to save a life from killing them.”

Before, I thought it may be a conclusion of the Sir Damien and Rilla story, but instead it is the events that happen before Rilla is captured. Rilla is foraging in the forest along with Sir Marc for an essential ingredient to make a pain medicine for the latter, and the both of them encounter a mutated form of the mushroom that is way potent and dangerous. She also has a discussion with him regarding her engagement, and the life of knights, and BTW I gotta say she is one badass lady!