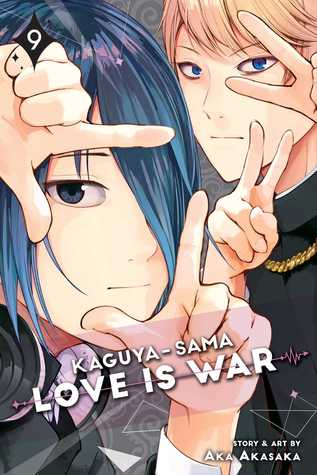 Will Chika agree to train genius Miyuki one more time to make up for yet another of his surprising deficiencies? Then, Miyuki’s sister and father meddle in his (mostly hypothetical) love life. Are they too soon or too late? Rumors that plague Ishigami have serious personal and academic consequences. The much-anticipated, much-dreaded Sports Day finally arrives! And Chika dreams up a new game for the student council to play together—with literally explosive results.

Who cares what other people think?

This volume was a bundle of ‘aww’s while also going into Ishigami’s past and character development. Most of it concerns the school sports festival (obviously, Chika is training Miyuki again), and it is an exciting arc. First, Kaguya gets her feelings under control by training herself not to react to Miyuki (who has started to think she is avoiding him). Ishigami joins the pep squad to be more ‘normie’ and initially he feels he won’t fit in again, due to the rumors surrounding his first year, but he actually gains friends by the end. While Miyuki is learning dance from Chika, Kaguya offers to help, which means we get to see Chika being petty towards Kaguya for the first time LOL. (I still giggle at ‘I raised that boy’) But the main storyline is Ishigami’s past, and how he was vilified by his classmates; obviously the Student Council and the Disciplinary Council intervened on his behalf and supported him, but they also respected his wishes. Overall, it brought the characters closer together and delivered some good relationship developments, so a win!