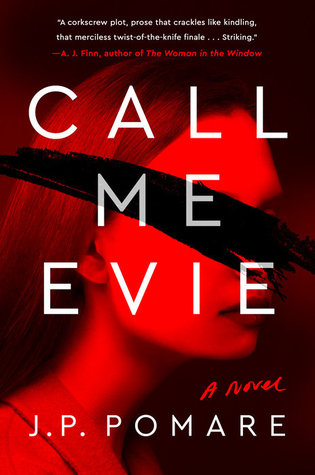 Don’t trust him. It wasn’t me. It couldn’t have been me.

Meet Evie, a young woman who has fled with her uncle to the isolated New Zealand beach town of Maketu. Jim says he’s hiding her to protect her, that she did something terrible back home in Melbourne. Something Evie can’t remember.

But Evie isn’t her real name. And Jim isn’t really her uncle.

In a house that creaks against the wind, Evie pieces together the events that led her here. And as her memories return, she starts to wonder if Jim is really her saviour . . . or her captor.

With an unreliable narrator and a dual timeline, Call Me Evie is a psychological mystery/thriller that keeps you guessing until the last page. In fact, for most of the book, the author plays tricks on the reader to distract from the truth while also planting clues like breadcrumbs, redirecting the story back and forth while also keeping the general atmosphere of danger – and all I gotta say is ‘Well Done!’

So, the story goes like this: Kate aka Evie is currently being held captive by a man named Jim in a small town in New Zealand, because he says he is protecting her from something that happened back in Melbourne. She is allowed to go around the town, but only with him, and is being watched when he isn’t around; she is also being forced to take some drugs while he says he is trying to make her better. She is essentially trapped and can’t leave, and neither can she ask for help (in the start) from the townsfolk because the police would get involved. As the story progresses, we, the reader, piece together the events that led her to getting carried out of Melbourne, as well as who Jim is in her life.

A lot of the book is about her being trapped in the house, not sure if she can trust Jim’s version of events but can’t rely on her non-existent memories either.

“It’s as though the kinetic energy is working to dislodge something in my mind, but how can I possibly distinguish between what is a memory, what is a dream and what I have invented from everything he has planted in my head with his stories?”

The build-up of clues also points to a sinister motive for Jim to keep her captive, and the way he is paranoid about them being discovered but also her fearing police involvement point to a crime having being committed for which they are fugitives. The ‘before’ parts in the first half only set up characters, so it is a slow but tense progression in the first half, with the initial part of the second half sort of lagging (this was my one quibble with the book, which was otherwise hitting all the sweet spots of a mystery). The final quarter of the book, though, picks up the slack very well, and brings together the mystery of the crime as well as the events leading up to it. There were still a couple of things that I felt were never explained until the end (who picked up her call; who leaked the photos in the newspaper and why), though.

My biggest surprise was Jim’s identity, because yes, I got nicely led to a red herring (even though there were two big glaring clues in the middle; I am so ashamed I didn’t catch them earlier!) and when it was revealed who he was, it was a whole shift in how I had perceived their interactions until then! And then that ending! It was *chef kiss* damn good because even with Jim’s POV chapters, things weren’t really clear (there was an unreliable narrator in more ways than one, I tell you!) and then it delivered that epilogue! Finally, all I can say is that while it has a good enough start and a slow middle, the ending makes up for it!

Received an advance reader copy in exchange for a fair review from Little Brown Book Group UK via Netgalley.