Not Your Sidekick by C B Lee

Welcome to Andover… where superpowers are common, but internships are complicated. Just ask high school nobody, Jessica Tran. Despite her heroic lineage, Jess is resigned to a life without superpowers and is merely looking to beef-up her college applications when she stumbles upon the perfect (paid!) internship—only it turns out to be for the town’s most heinous supervillain. On the upside, she gets to work with her longtime secret crush, Abby, who Jess thinks may have a secret of her own. Then there’s the budding attraction to her fellow intern, the mysterious “M,” who never seems to be in the same place as Abby. But what starts as a fun way to spite her superhero parents takes a sudden and dangerous turn when she uncovers a plot larger than heroes and villains altogether.

Spellbook of the Lost and Found by Moïra Fowley-Doyle

One stormy summer night, Olive and her best friend, Rose, begin to lose things. It starts with simple items like hair clips and jewellery, but soon it’s clear that Rose has lost something bigger; something she won’t talk about.

When they discover the ancient spellbook, full of hand-inked charms to conjure back lost things, they realise it might be their chance to set everything right. Unless it’s leading them towards secrets that were never meant to be found . . .

Sapphic romance; two bisexual girls – one of Indian heritage and the other who is hard of hearing. 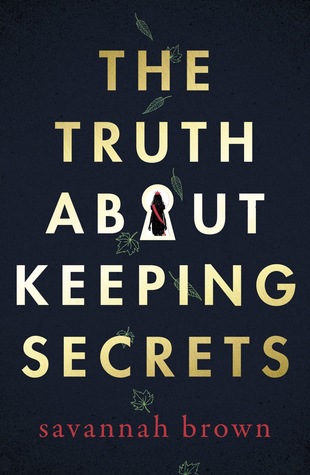 The Truth About Keeping Secrets by Savannah Brown

Sydney’s dad is the only psychiatrist for miles around their small Ohio town.

He is also unexpectedly dead.

Is Sydney crazy, or is it kind of weird that her dad-a guy whose entire job revolved around other peoples’ secrets-crashed alone, with no explanation?

And why is June Copeland, homecoming queen and the town’s golden child, at his funeral?

As the two girls grow closer in the wake of the accident, it’s clear that not everyone is happy about their new friendship.

But what is picture perfect June still hiding? And does Sydney even want to know?

One thought on “Diversity Spotlight Thursday #39”