Beasts Made of Night by Tochi Onyebuchi

In the walled city of Kos, corrupt mages can magically call forth sin from a sinner in the form of sin-beasts – lethal creatures spawned from feelings of guilt.

Taj is the most talented of the aki, young sin-eaters indentured by the mages to slay the sin-beasts. But Taj’s livelihood comes at a terrible cost. When he kills a sin-beast, a tattoo of the beast appears on his skin while the guilt of committing the sin appears on his mind. Most aki are driven mad by the process, but 17-year-old Taj is cocky and desperate to provide for his family.

When Taj is called to eat a sin of a royal, he’s suddenly thrust into the center of a dark conspiracy to destroy Kos. Now Taj must fight to save the princess that he loves – and his own life.

Nigerian influence fantasy, so it is a non-Western setting. Obviously, all major characters are black.

Children of Blood and Bone by Tomi Adeyemi

But everything changed the night magic disappeared. Under the orders of a ruthless king, maji were targeted and killed, leaving Zélie without a mother and her people without hope.

Now, Zélie has one chance to bring back magic and strike against the monarchy. With the help of a rogue princess, Zélie must outwit and outrun the crown prince, who is hell-bent on eradicating magic for good.

Danger lurks in Orïsha, where snow leoponaires prowl and vengeful spirits wait in the waters. Yet the greatest danger may be Zélie herself as she struggles to control her powers—and her growing feelings for the enemy.

Black heroine, non-Western setting as it is African fantasy. 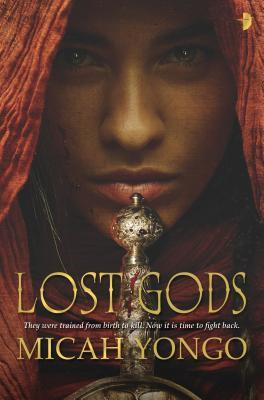 Neythan is one of five young warriors trained and raised together by a mysterious brotherhood of assassins known as the Sheda�m. When Neythan is framed for the murder of his closest friend, he pursues his betrayer – and in so doing learns there’s far more to the Brotherhood, and the machinations of the rulers of the warring kingdoms, than he’d ever thought possible. His journey will lead him across the five realms, from the Forest of Silences to the Ash Plains of Calapaar, and reveal the breaches that lie beneath the world, and the hidden truths of his oath.

Note: there is the problematic killing off of a deaf character